Beyond gender pay gap reporting: Diversity is a whole-team job 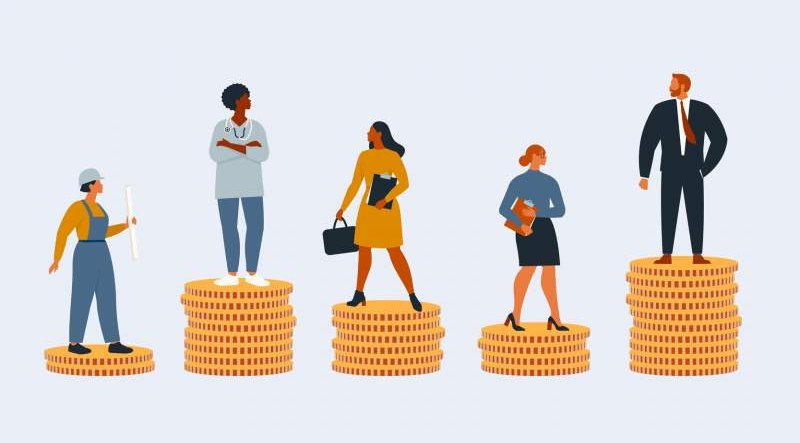 David explores how businesses instead must implement processes for inclusive recruitment – or gamble with critically untapped performance.

At the current rate of progress, the gender pay gap will take around 200 years to close. This is not hyperbole from social justice activists, this is from the World Economic Forum (WEF).

The WEF was once criticised for fortifying that pay gap, so when the same group begin warning of the severity of gender pay disparity, we can be assured that current policies, such as gender pay gap reporting, are not ‘fixing’ the issue anywhere near fast enough.

Since the gender pay gap is a topic that divides opinion, let’s clarify what we mean by the term. It is not – but is often confused with – equal pay. The notion that men and women performing the same role must be paid equally by law.

Rather, the gender pay gap refers to the differences in pay between men and women across an entire organisation. If we are looking at gender pay gap reporting in the kindest light, we can say that it has, at best, created discussion and debate. Indeed, you are reading such a discussion now.

Companies that diligently fill out these reports in the belief that they are contributing to some future national wage parities are mistaken. Despite The Equality and Human Rights Commission (EHRC) promising “unlimited fines and convictions”, The Guardian discovered in 2019 that precisely zero companies had been fined, yet hundreds of businesses had not reported their data.

Three years after it was launched, there is little reason to believe that reporting pay is advancing fairness and inclusion, as was promised on its much-heralded launch. Even if current polices appear tokenistic, businesses have two essential reasons to pursue I&D (identity and diversity) strategies.

First – and most important – is the moral obligation to fairness. Secondly, the performance of a company increases if the correct I&D strategy is implemented.

How does I&D make your company perform better?

In their study “Diversity wins: how inclusion matters”, McKinsey analysed data from 1,000 large companies across 15 countries. They observed the correlation between performance and gender/ethnic/cultural diversity in corporate leadership.

The results are compelling: “companies in the top quartile for gender diversity on executive teams were 25 percent more likely to have above-average profitability than companies in the fourth quartile.”

Regarding ethnic, cultural and gender diversity, they found that “top-quartile companies outperformed those in the fourth one by 36 percent in profitability”.

But how so? The findings show that when diverse people meet, they enrich the company with varied perspectives inherited from their personal background and experience. They can tackle a larger variety of issue and tasks, bringing more creativity and innovation to their teams, according to Scientific American.

In addition, businesses that display a robust I&D strategy are likely to attract a larger pool of potential candidates who share this vison, resulting in highly engaged personnel. As Gen Z enter the workforce, attracting the best candidates will require a visible commitment to a diverse workforce.

In the US, the National Association of Colleges of Employers (NACE) asked new graduates to rank the importance of a diverse workforce. That first year, diversity ranked 12th out of 15 options. By the spring of 2020, it had risen to seventh out of 19 options; over 79% of respondents called it “very important”, a marked increase form its first survey in 2008.

Perhaps no example proves the value of diversity better than Qantas. In 2013, they posted a record loss of AUD$2.8 billion. The future of Australia’s national airline looked bleak.

By 2017, Qantas had turned around its dire finances to the effect of a record AUD$850 million profit, winning a raft of industry awards in the process. Commenting on the spectacular turnaround, CEO Alan Joyce told The Australian “We have a very diverse environment and a very inclusive culture.”

Those characteristics, according to Joyce, “got us through the tough times…diversity generated better strategy, better risk management, better debates, better outcomes.”

How should companies implement I&D?

The Qantas turnaround shows how it is prudent to discard generalities and focus on your company’s specific situation. This task requires more than a single point of view – it’s job for the entire team to lead to avoid bias and blind-spots.

To discover existing problems that have yet to be articulated requires giving everyone a voice. Doing so means you may discover problems you were not aware of. Everyone’s outlook is influenced by their own identity and hierarchical level. Amplifying the voice of colleagues can fix this.

The best way to get answers is to ask questions. A survey will allow you to gather a vast number of opinions in a brief time. Choosing to make to make the answers anonymous can make some people more comfortable and help them to speak more freely.

If, for example, you have a discrepancy in gender pay, surveying staff will bring this issue to the fore, explain where the issue is, and how it can be resolved. This is much more useful to individuals and companies than pay gap reporting.

Examples of questions to ask include:

It is an important to remember that, despite the discord that can surround I&D, we must never succumb to simply aiming for figures, ticking boxes or presenting a picture of what we think looks good.

The process must be kept human. Productive I&D should not be about equality – rather equality of opportunity to thrive individually and collectively.

When recruiting, we should not be looking to allocate quotas. And, to execute this strategy fairly means removing cognitive biases.

Cognitive biases are conditioned by past experiences, but also by our emotions, cognitive abilities, and social pressures. One of the most telling and common bias is how we can see how they affect others yet struggle to admit they control our own actions.

Without a process to remove these biases, I&D risks becoming as tokenistic as gender pay gap reporting – good intentions with little real-world benefit.