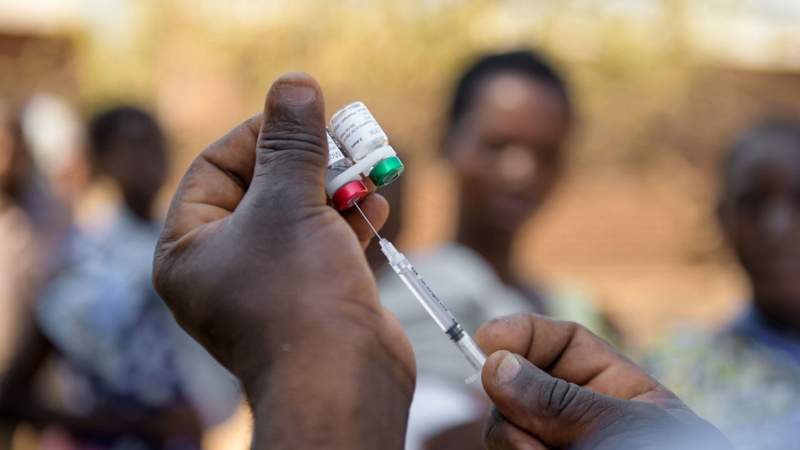 The WHO (World Health Organisation) is recommending the use of a  groundbreaking ‘Worlds first Malaria vaccine.

The WHO said today, Wednesday, October 6, that the only approved vaccine against Malaria should be widely given to African children, potentially marking a major advance against a disease that kills hundreds of thousands of people annually.

The WHO  is recommending the use of RTS,S – or Mosquirix – a ‘world first’ vaccine developed by British drugmaker GlaxoSmithKline. The vaccine, which went through lengthy clinical trials, has limited efficacy, preventing 39% of malaria cases and 29% of severe malaria cases among small children in Africa over four years of trials.

“This is a historic moment. The long-awaited malaria vaccine for children is a breakthrough for science, child health and malaria control. Using this vaccine on top of existing tools to prevent malaria could save tens of thousands of young lives each year,” said WHO Director-General Dr Tedros Adhanom Ghebreyesus.

“I started my career as a malaria researcher, and I longed for the day that we would have an effective vaccine against this ancient and terrible disease. And today is that day, a historic day. Today, the WHO is recommending the broad use of the world’s first malaria vaccine,” Tedros said at a press conference in Geneva.

The organisation had warned a few years ago that progress against malaria had continued to plateau, particularly in high burden countries in Africa.

“Gaps in access to life-saving tools are undermining global efforts to curb the disease, and the Covid-19 pandemic is expected to set back the fight even further,” said the WHO.