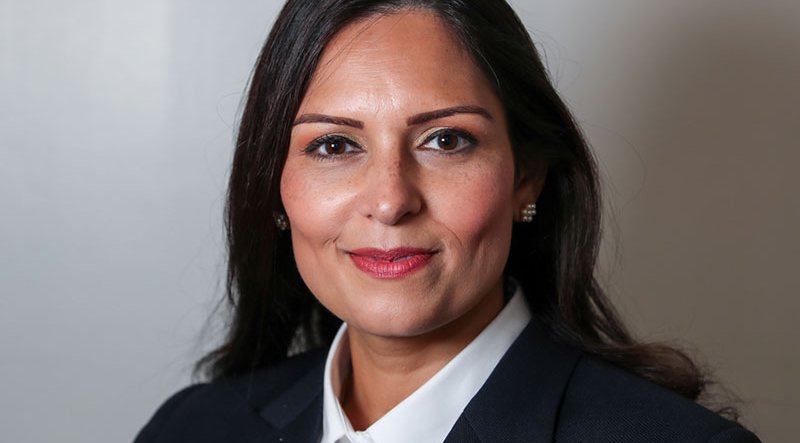 Irrespective of your political leanings, your position in society or your financial worth; it’s very hard to ignore the fact that someone, somewhere, has totally lost the plot!

Last week in the UK, over double the number of illegals had already arrived than came ashore over the whole of last year – and there’s still three months to go! The situation is bordering on pure insanity. The majority of these people are male. A large percentage is fighting fit – and even the authorities admit to the possibility that some 4,000 terrorists have already been smuggled into Europe by enemy forces.

What on earth is going on? The UK’s esteemed Home Secretary, who you remember engages some 99 per cent ethnic assistants in her department (all by pure coincidence of course!) just seems to pipe up with some pacifying appeasement every time the going gets a bit tough.

I truly have never heard a minister promise so much and deliver so little, (and we’ve heard a few!). It’s high time Ms Patel was hauled up and made to explain her immigrant policies in full, not with an occasional intelligence insulting platitude when her survival merits it. When is it all going to stop?

The UK’s infrastructure is already crumbling. NHS, housing and accommodation is all but falling apart. The benefit system is bleeding the country dry and people are sick and tired of not being able to express their feelings for fear of prosecution. And still thousands of illegal aliens are able to pour in. The hotels are full of them, the government has no idea what to do with them and they are costing the taxpayers millions.

Couple this with the fact that, according to the experts, an average 10 in every 1,000 is a potential terrorist; it’s certainly not rocket science to see that they have imported a substantial army already.

It took only 19 to kill 3,000 people in the US. After these insurgents have recruited partisans and set up their respective ‘cells’, which is no doubt what they are instructed to do, they will have in place a lethal, internal force of such frightening proportions it could make 9/11 look like a light skirmish – and all at British citizens’ expense. How they must all be laughing. How gullible they must believe we all are. Well of course they are completely right!

Anyone who believes that Taliban have ‘seen the light’ and changed the habits of thousands of years, shouldn’t even be in the vicinity of authority, leave alone its actual purveyors. I for one hope I’m still around to see the looks on the faces of the PC and Wokers when it finely dawns on them that they’ve made a terrible mistake and have, by their naive incompetence, managed to bring terror and grovelling submission to a once great nation.

And finally; once again I see British footballers have been the recipients of racial taunts on the pitch. I notice they still insisted on the racially provocative ‘knee take’ at the start. The unprecedented rise of racism is purely down to those who doth protest too much – methinks!