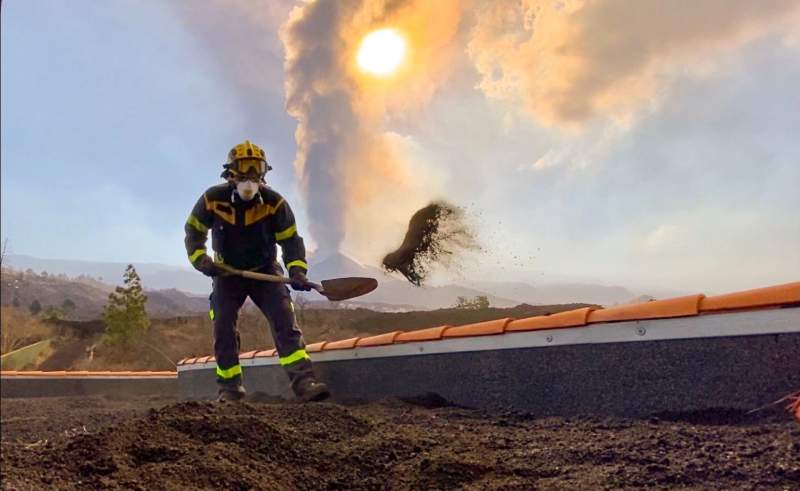 Scientists are worried that weather conditions on La Palma could lead to worsening air quality near the Cumbre Vieja volcano. The crater is said to be in a stable phase still at the moment. The Volcano has been erupting for over two weeks now. People affected by the volcano will be receiving millions of euros of help from the government.

Volcanic ash emissions have reached a staggering height of 3000 metres. The ash cloud is causing problems for some airlines though. Both Binter and Canaryfly have suspended flights due to the ash cloud. The airlines have cancelled flights between La Palma and the other Canary Islands for Thursday, October 7.

We are once again temporarily suspending all flights to and from #LaPalma 🌋.

This new temporary suspension of operations affects, for the moment, only flights on Thursday 7 and only flights to and from La Palma.”

Luis Planas, The Minister of Agriculture, Fisheries and Food will be visiting La Palma. He is set to meet with those affected by the volcano in the agri-food industry. So far 6000 people have been evacuated and residents have seen over 600 homes destroyed.

Experts believe that if the volcano remains in a stable condition further damage should not be seen. They have though warned that the eruption is “a changing reality”. They have asked people to remain alert.

As reported by EL Confidential: “At the daily monitoring meeting held by the scientists, it was noted that for the moment the lava has hardly increased the area affected (up to 421.93 hectares in the latest measurements), thanks to the magma finding its way through the primordial lava flow and through a lava tunnel that flows directly into the sea.”