Suzuki Across – the perfect fusion of power 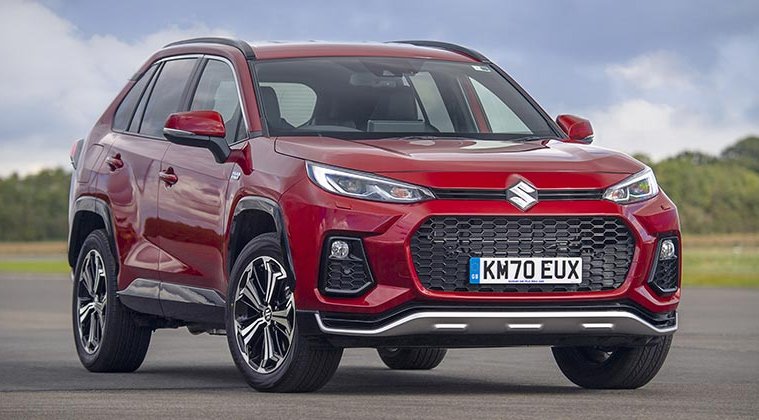 Suzuki may not have the clout of larger car makers but has always driven well above its automotive weight. A collaborative link with Toyota has produced Suzuki’s most expensive production car to date; the Across. Priced from €53,367/£45,599 the Across is a considerable step up the price league by normal Suzuki standards, but does hold the prospect of some conquest sales.

The Across is, with a few subtle tweaks, an RAV4 and in Suzuki form not only feels and drives very premium but is a proper 4×4. A single model hosts one of the best equipped SUVs with standard fare including such things as leather trim, heated front and rear seats, heated steering wheel, dual zone air conditioning, electronic four-wheel-drive, high beam assist, keyless entry and start, rear parking camera, reclining rear seats and much more.

The fusion between petrol and electric power is impressive too, with easily-selectable modes and an e-CVT automatic transmission that makes for smooth transitions without the usual raised engine revs. Add the self-charge button, which raises the engine revs somewhat, and there’s a surprisingly rapid recharge on the move. Plug-in the Across and it’ll take around six hours to fully charge from a domestic wallbox.

On the road the Across has a very premium feel helped by the smooth and refined progress. A large touchscreen still leaves buttons (hurrah!) for other functions and it’s all very intuitive. A conventional style automatic gear shift lever adds a touch of normality in a world where the standard rules of car conventionality seem to have disappeared. Many hybrids and electric vehicles have lost that conventional look and all too frequently for reasons of style rather than practical substance.

There is plenty of space for passengers and their luggage, not to mention lots of cubby boxes and pockets for your in-car bits-and-bobs. With subtle styling tweaks to the front design the Across is a suitably rugged looking SUV, as befits a proper off-road vehicle, and with a high specification more than lives up to the price tag.