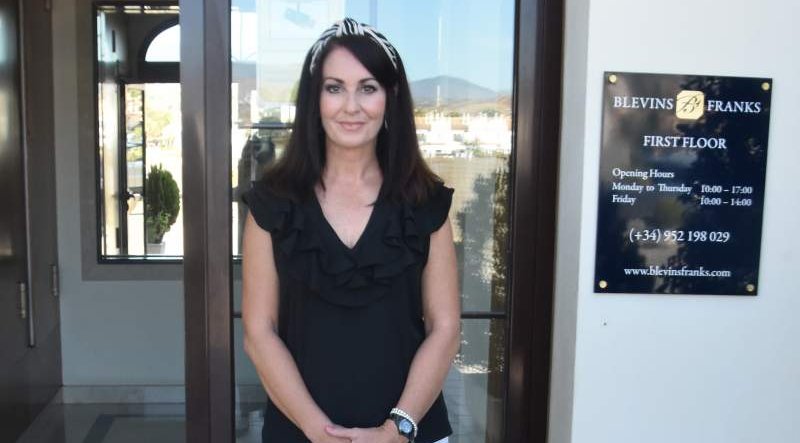 THE Costa del Sol has a new member of the community after fundraiser and charity architect Liz Montague and her family moved to Mijas from Tenerife earlier this year.

Liz, who has raised more than €400,000 since founding her children´s charity Helping Hands in Tenerife in 2009, spoke to the Euro Weekly News about her experience creating a charity, her time in Tenerife, and why she has now decided to embark on helping the community on the Costa del Sol.
Liz and her husband Paul, who is the local partner for Blevins Franks Financial Management, relocated to the Canary Islands from the north of England in 2003, with Liz initially working with her husband.
After having her first child, however, Liz decided to become more heavily involved with supporting the local community and began working with fundraiser Ann Golden, helping a charity in the north of Tenerife.
In 2009, Liz began her own organisation in the south of the island, creating children´s charity Helping Hands in Tenerife with close friends, and hosting small functions which raised €15,000 in the first year.
The charity then began to grow, helping underprivileged children and their families on Tenerife and now raising around €40,000 a year with the help of the local community.
Helping Hands in Tenerife is now able to provide essentials and food to children and their families, and pay for specialist equipment for disabled children.
The charity also carries out vital work helping to give a future to those from underprivileged backgrounds by paying for professional courses, including hairdressing and veterinary courses, so that children in Tenerife are able to start their own careers.
The organisation is also a large supporter of local children´s centre Guaidyl, funding activities during the summer for children there, as well as supporting many other local charities and the homeless.
Working closely with the British Embassy, Helping Hands in Tenerife is now able to offer financial support to many in need in Tenerife.
Liz told the EWN: “The money we raise helps so many people.
“I love organising and raising money and when I saw the people we were helping I just wanted to do even more.”
Liz and her family moved to the Costa del Sol earlier this year due to work commitments, with her husband Paul still passionate about his clients in the Canaries, flying there every two weeks, and Liz very much still involved with Helping Hands in Tenerife.
She said: “I didn´t want to leave the charity behind by moving here but I am still organising from here.
“The ladies there are more than capable of running it though and my husband still works in Tenerife so the family can also still go back together to support the events.”
Liz told the EWN she now wants to support the community locally on the Costa del Sol.
She said: “I am really passionate about charity and helping people less fortunate.
“I would like to support charities here and am now looking to get involved with the community.”