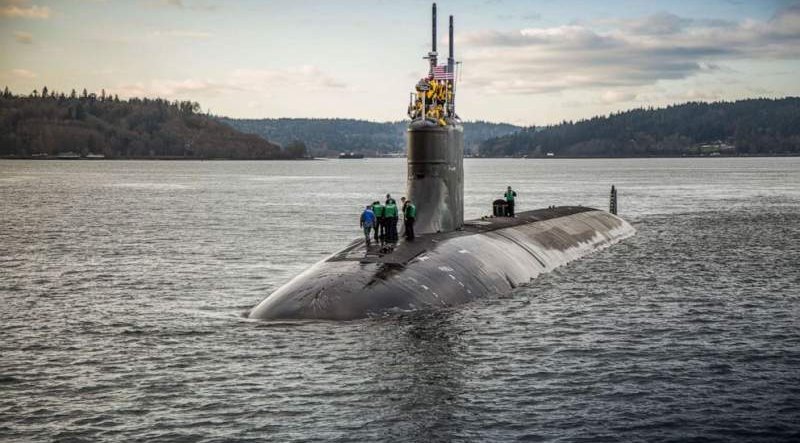 China fears that a US Submarine Collision in the South China Sea could cause a Nuclear Leak.

US defence officials have revealed that a nuclear powered US Navy attack submarine struck an object while submerged in international waters. Eleven sailors were hurt and two others are said to suffering from moderate injuries, in the South China Sea incident, according to a report from CBS.

“The Seawolf-class fast-attack submarine USS Connecticut (SSN 22) struck an object while submerged on the afternoon of Oct. 2, while operating in international waters in the Indo-Pacific region,” said a statement from the Navy’s Pacific Fleet. “The safety of the crew remains the Navy’s top priority. There are no life-threatening injuries.”

China’s Foreign Ministry released a statement saying it was gravely concerned by the US submarine incident. According to state media outlet The Global Times, Zhao Lijian, foreign ministry spokesman, urged the US to share the full details of the incident

A U.S. defence spokesman told an American CBS News correspondent, David Martin, that the collision had occurred in the South China Sea, one of two adjoining bodies of water where the U.S. and its allies have repeatedly challenged China’s territorial claims.

The media outlet was also told that the nuclear-powered submarine- the Connecticut- had returned to the surface under its own power and was expected to arrive soon in Guam so the damage could be fully assessed.

China has warned that war with Taiwan “may be triggered at any time” after it deployed a record number of fighter jets into the self-governing island’s air identification zone. This has raised concerns worldwide that tensions in the region could escalate and turn into a full-scale military conflict.

Beijing despatched about 150 warplanes into Taiwan’s air defence zone over four days beginning on Friday, October 1, the same day China marked a key patriotic holiday, in a record escalation of its grey zone military activity directed towards the island.