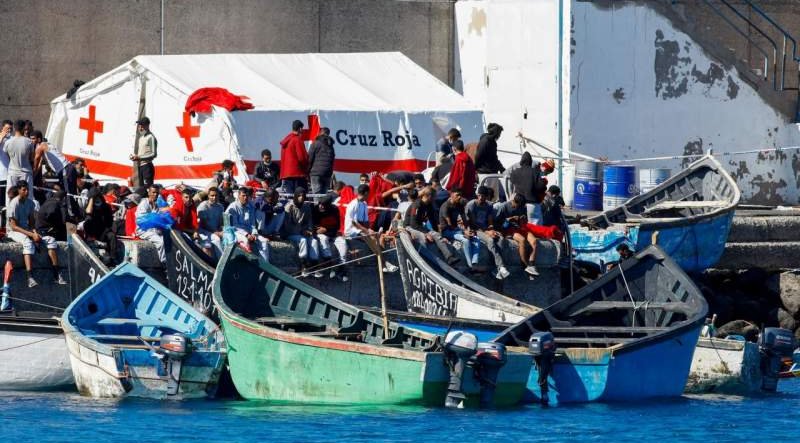 Fuerteventura in the Spanish Canary Islands has reported receiving 181 migrants on its shores within the last 24 hours.

The island of Fuerteventura has reportedly received two inflatable boats on its shores containing migrants that have been rescued by emergency services from just off the coast of Puerto del Rosario.

The occupants of two boats, one with 26 people of sub-Saharan origin, were spotted from the air by the rescue plane Sasemar 102. On the way to rescue the members, another boat of the same type was located, this time with 43 people on board, who were later discovered to be of Maghreb origin.

Added to this, on Wednesday, October 6, another 112 people also arrived in Fuerteventura, according to the data provided by the Red Cross, who had transferred all the migrants to the coast and were said to be in a good physical condition.

The first of the boats arrived in the afternoon on Thursday, October 7, at the Gran Tarajal dock with 57 immigrants (49 men and 8 women), all of sub-Saharan origin, after being rescued about 60 miles from the island.

A day before, on Wednesday afternoon, Salvamento, (The Maritime Safety and Rescue Society), also transferred 55 migrants travelling in a zodiac-type inflatable boat to Puerto del Rosario.

In the last few hours, a further 37 people arrived on the coast of Fuerteventura, who although they were generally in good health, required three transfers to hospitals. As reported by the Red Cross, they have been rescued to the south of the island and transferred to the Arguineguín dock at the close of midnight.