Renfe calls off the train strikes 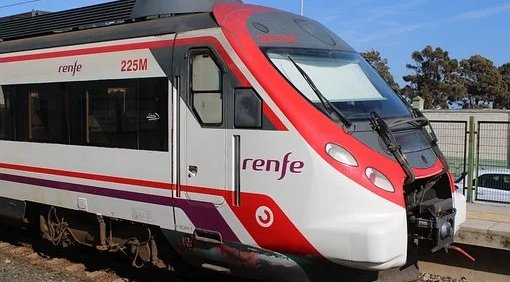 Renfe calls off the train strikes

Late on the evening, Thursday, October 7, Renfe has finally reached an agreement with the Spanish Union of Train Machinists and Railway Helpers (SEMAF). As a result, the 24-hour strikes that have been crippling train services since September 30, have been halted.

Catalonia in particular had struggled, with a bare minimum service running in the region for the last five days. Normal service should now be resumed, after meetings that went on throughout Thursday between the two sides.

However, the Sindicato Ferroviario (SF), maintains its stance with Renfe and will continue with its strikes called for October 8th, 11th, and 12th. In these instances, as opposed to 24-hour strikes, they will be from 7am to 9am, then from 6pm to 10pm, peak hours, with minimum services set by the Department of Labor at 85 per cent.
The forecast is that these essential services will be maintained. On Friday 8, tomorrow, 45 per cent of the trains that should have been running will not operate, despite the mobilisation of the workers.
Train drivers alleged that no one had informed them of the minimum services, while the company sent hundreds of certified e-mails and denounced a “boycott”. It is not known what the follow-up of this call will be, but it is not expected to be massive.

According to a company statement, the agreement with the union “contemplates a series of measures to progressively recover the services suppressed by the pandemic,” which, according to Renfe, was already being carried out.

For this, the company claims, “the incorporation into the service of new Renfe drivers, who must pass the necessary training and homologation processes prior to starting the activity of driving passenger trains, is essential”, something that has been delayed due to the coronavirus the company alleged.

Raquel Sanchez, the Minister of Transport, Mobility, and Urban Agenda, said in her Twitter account that the agreement endorses measures that Renfe already had in place, such as the recovery of services and the incorporation of new drivers.

According to a statement from SEMAF, Renfe has decided to “meet the demands to recover the public service that the company provided to citizens before the COVID. The Renfe Group has agreed to recover all the trains, all the templates. and the integrity of the public company and its employees”.

According to SEMAF, Renfe sought to “remove trains to eliminate personnel. They even left populations without any service”, they stressed. In their statement, the train drivers expressed their regret for the strike action “caused by Renfe”, pointing out that they too had to make a living, as reported by laopiniondemalaga.es.