Two arrested in Malaga for firebombing a home 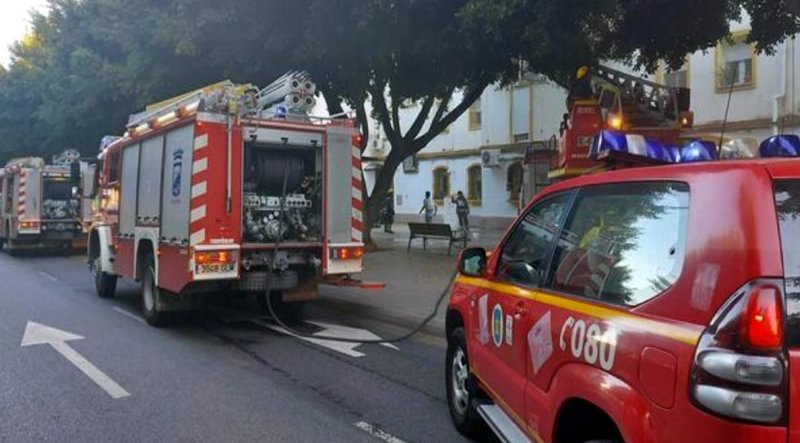 Two arrested in Malaga for firebombing a home

National Police officers in Malaga capital have arrested a Spanish national, and a woman of Romanian origin, for their alleged involvement in a crime against collective security, and threats. According to the investigations, those detained threw an incendiary device through the window of a home, causing injury to one of its residents, along with material damage to the interior of the property.

According to the investigation report, those responsible for the events picked the wrong home. Their intention had been to attack a co-worker with whom they had previously had an incident at work. The Court of Instruction No9 of Malaga has ordered the imprisonment of the material perpetrators of the act.

The incident took place in a building on Avenida de la Paloma, in the west of Malaga city. A fire broke out on the ground floor of a building, and several fire crews had to be deployed to tackle the blaze. Police officers at the scene had to assist two residents of the building who suffered from smoke inhalation, while one of the residents of the affected house was also injured.

In addition, numerous material damages occurred inside the property. The fire was determined to have been intentional, and an investigation was launched involving officers attached to the West District Police Station of Malaga.

According to the first investigations, the agents were able to determine that the alleged perpetrators wanted to set fire with an incendiary device to the home of a co-worker, after a labor dispute, but that when launching the device they were in the wrong house and threw him out. in a wrong one.

Everything points to the fact that those arrested wanted to take revenge on their partner. After learning the address of her residence, it appears they went to set her home on fire, made a mistake, and set the adjoining house on fire, as reported by laopiniondemalaga.es.