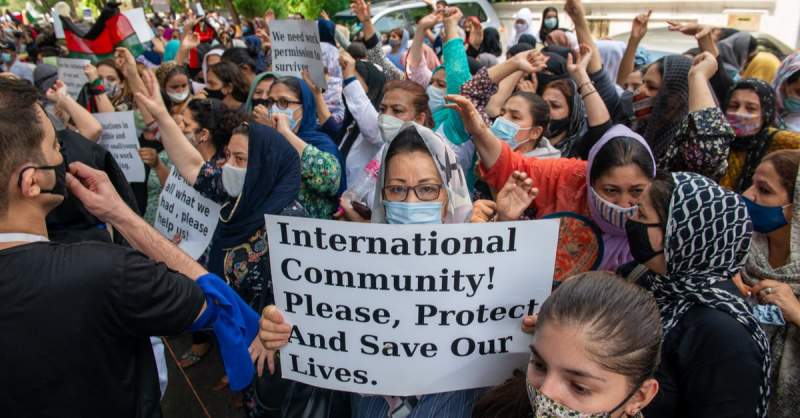 The United Nations Refugee Agency is demanding that the EU resettle over 40,000 Afghan refugees.

The United Nations Refugee Agency (UNHCR) demands for EU governments to resettle 42,500 Afghans who need protection over the next five years failed to reach any solid agreements on Thursday, October 7.

Speaking after an EU-hosted online forum, European Commissioner for Migration Ylva Johansson told reporters in Brussels that the target is “doable” but that it requires EU member states to make pledges.

“Countries will also take into account other ways of protecting people. We had a broader approach to protecting people at this forum,” Johansson said and was insistent that the evacuation efforts of the EU’s 27 member states had been successful — noting that EU states had extracted 22,000 people from Afghanistan since the country’s takeover by the Taliban.

UN High Commissioner for Refugees Filippo Grandi told the EU’s high-level forum on providing protection to Afghans at risk that at least 85,000 people- and possibly more- would need their protection over the coming five years and that the EU should take in at least half of that number.

During the draw-down of coalition forces in Afghanistan, the Taliban staged a
rapid advance and captured the Afghan capital, Kabul, on 15 August 2021 and are now in control of the country.

Prior to the Taliban’s capture of Kabul, the UN had warned that the situation in
Afghanistan “has the hallmarks of a humanitarian catastrophe.”

It has since raised serious concerns about the effect of the conflict on women and children, the increasing numbers of internally displaced people, and the impact of Covid-19
and food shortages.

In September, the UN Development Programme warned that Afghanistan may see a 97% poverty rate by mid-2022 if it experiences a significant interruption to international trade with all its partners.