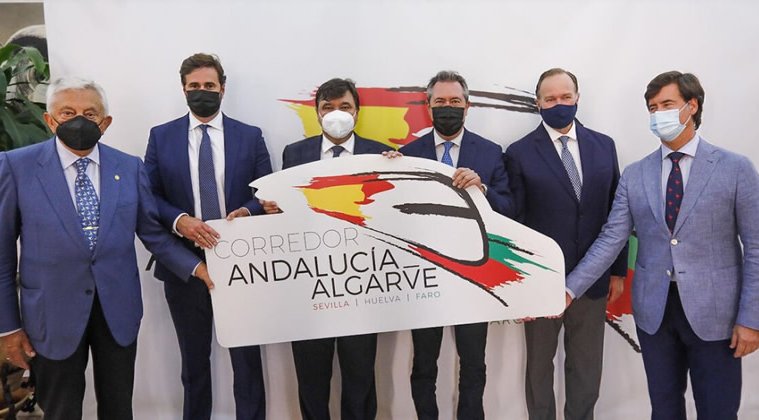 Marifran Carazo, the Minister of Development, Infrastructure and Territorial Planning of the Junta de Andalucia, on Friday, October 8, demanded the commitment of the Government of Spain to the Andalucia–Algarve railway corridor. This is a proposed project that will see the eventual high-speed connection of Sevilla, Huelva, and Faro.

An Iberian Summit will be held this coming October 28, where projects such as this high-speed connection between Sevilla-Huelva-Faro will be launched. Huelva Chamber of Commerce, and the Huelva Federation of Entrepreneurs (FOE), are the promotors of this summit.

Speaking during the ‘Dialogando’ forum in Huelva, Ms Carazo pointed out that, “once we know that the Portuguese Government intends to financially support this railway connection, there is the possibility that the Government of Spain commits itself to this project, and I have requested it to the central Executive”.

According to reports by Efe, the minister also said, “we must bet on the arrival of high speed to the westernmost part of the community, also linking it with Portugal”, while believing that the State should, “make the most of the possibility offered by European Next Generation funds to bet on the railways”.

Regarding the conventional railway line that connects Huelva and Sevilla, she stressed that she considers it is necessary to “improve it, since it needs to be stronger in terms of its frequencies, and gain in commercial time, it is a pending issue”.

Carazo also referred to the road systems, assuring of her commitment to the improvement and maintenance of those that fall within the Andalucian autonomous community. Once again, she called on the central government for speed in the execution of projects such as the Huelva-Badajoz motorway.

“We have challenges ahead, and what we have to do is get to work on the drafting of projects as the Junta de Andalucia is doing, and how we must do all the administrations”.

Adding, “We must demand that each one does their job, that just like the Junta is promoting and drafting the project, ensure the other administrations also do it”, stressed the minister, while highlighting the importance of public-private collaboration to undertake actions in the field of infrastructures, as reported by diariodesevilla.es.