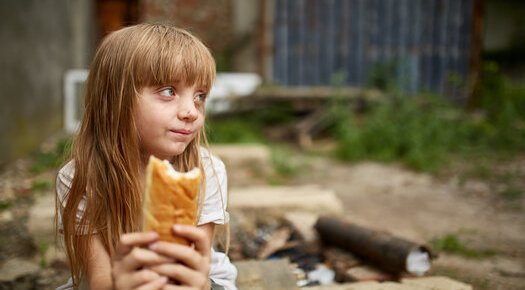 The Spanish government has announced a €527 million plan to totally eradicate child poverty.

The acceptance of the European Children’s Guarantee will mean that Spain has to dedicate at least that amount of money from the total it receives from the European Social Fund Plus and has until 2027 to use the package to fight against child poverty. The Spanish Executive has until March to present its national action plan to Brussels.

According to a recent survey carried out by Spanish child care agencies, at least one in three minors in Spain lives at risk of poverty with many living or squatting in homes that cannot even replace the glass in the windows for when they get cold in the winter.

Brussels has launched an unprecedented measure, the European Child Guarantee, by which Spain must invest, for this problem, “at least 527 million euros” of the money it receives from the European Social Fund Plus until 2027, according to a report from the Ministry of Social Rights.

The Government now faces the challenge of designing a National Action Plan on the matter, for which it said it will work closley with regional administrations.

The European Child Guarantee has been in the making for many years, but now is the time for it to be rolled out and put into practice. Brussels has raised this issue- the importance of the fight against poverty in the EU countries, by which it obliges the Member States with poverty rates higher than the European average to dedicate at least 5% of what they receive from the European Social Fund Plus to combat this problem that weighs on the future of millions of minors.

That 5% expenditure in Spain totals 527 million euros in the period 2021-2027, explained the Ministry of Social Rights, led by Ione Belarra.

This minimum amount can be increased, both from the European Social Fund Plus itself and also if Spain wanted to allocate more money to combat this problem from other funds and budgetary items.

The launch of the European Children’s Guarantee could not be more timely, after the crisis unleashed by the pandemic. Although there is still no official data that accurately shows the impact the coronavirus pandemic has had on poverty, there are already some figures that seem to prove it has increased.

NGOs specializing in children, such as Unicef ​​and Save the Children, and organisations such as Cáritas insist that this is the tip of the iceberg and have raised all the alarms about the worsening of the daily lives of people with fewer resources. Above all, these children were one of the poorest sectors of society in a country that even before the pandemic were classed as high-risk and in urgent need of care.