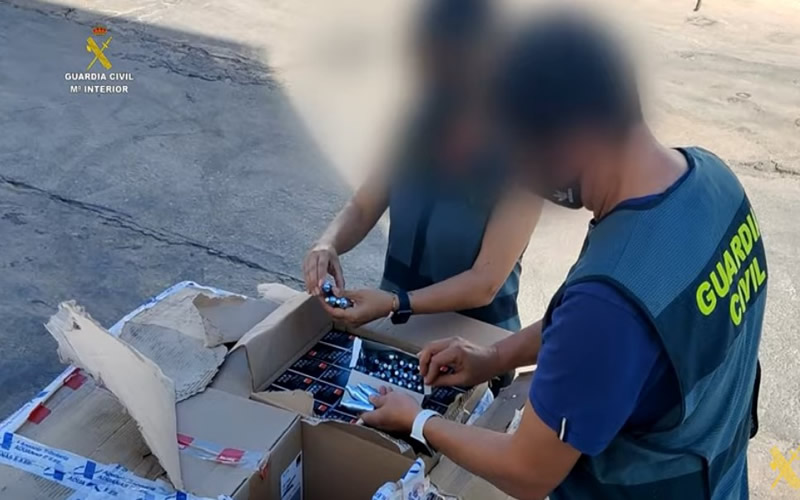 One of the most successful police operations ever against the distribution of nitrous oxide – laughing gas – culminated in 19 people being arrested in the autonomous city of Melilla. Another two individuals are under investigation.

As reported in a press release, Operation ‘Cuadrilla’ involved the Guardia Civil, working in collaboration with the Melilla Local Police force. During the operation, a total of 23,040 capsules of the gas were confiscated. This is the largest seizure of nitrous oxide ever by security forces in Spain.

This action was carried out against a gang dedicated not only to distributing the gas but also known to be involved in drug trafficking. Raids on four premises in Melilla also recovered 20kg of hashish, mobile phones, and incriminating documentation.

According to the press release, the operation took place between Malaga and Melilla. It was launched back in April after very young women were being detected at Melilla airport carrying drugs attached to their bodies.

An increase in the arrival into Melilla of nitrous oxide had also been observed. The gas is totally legal, and is used by ice cream parlours for making whipped cream, among others. Investigators discovered that the gas was subsequently being diverted for use in entertainment venues. In these facilities, the gas is inhaled after first being pumped into a balloon, something known as “cracker”.

A leisure venue in Melilla La Vieja was identified as one of the main distribution points, along with some in the Rostrogordo esplanade, and Pista de Carros, in the vicinity of La Residencia de Mayores or La Hipica.

Profits were substantial as a capsule cost 50 cents and could sell for three or four euros. During the operation, officers arrested six males and three females aged between 17 and 22, who acted as ‘mules’, carrying the drugs. Three more women were arrested as the organisers of this group of young people, as reported by laopiniondemalaga.es.