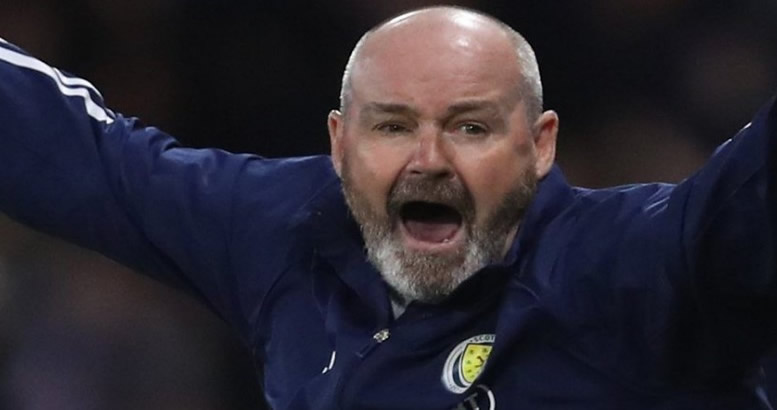 A stoppage-time winner from Manchester United midfielder, Scott McTominay, keeps Scotland in with a shout of qualifying for the 2022 Qatar World Cup. In a hard-fought, thrilling Group F encounter with Israel at Hampden Park, on Saturday, October 9, the United player notched his first goal for his country in dramatic circumstances, in the 94th minute.

With three games to go, Scotland remain in second place in the group behind Denmark, who are uncatchable, but now, four points ahead of Israel. So the best that Steve Clarke‘s men can hope for is to finish as runners-up, and go into the play-off qualifiers.

Things did not look good for the Scots when PSV Eindhoven striker Eran Zahavi claimed his 26th goal in 28 appearances after just five minutes. The Israeli hitman curled a terrific free-kick into the top corner of Craig Gordon’s net.

John McGinn pulled Scotland level on 29 minutes, finishing an Andy Robertson move with a wonderful curling strike from 20 yards. Ofir Marciano in the Israel goal would be well aware of his opponents having kept goal for Hibernian previously.

It only took two minutes for Munas Dabbur to put the visitors back in front, slotting home after Gordon had initially parried Dor Peretz’s effort. Lyndon Dykes has his big moment to level the match on 46 minutes, but sent his penalty very weakly down the middle of the goal, where Marciano saved it with his foot.

Dykes on hand to make amends for his penalty miss as he volleyed home a cross from Liverpool’s Robertson after 55 minutes, to set a capacity Hampden crowd on fire again. Both sides had chances but spurned them until McTominay had his moment of glory.

A corner was glanced on by Jack Hendry and McTominay was on hand in the 94th minute to somehow bundle the ball into the net from close range, with the noise level inside the stadium going into overdrive as the Tartan Army celebrated.