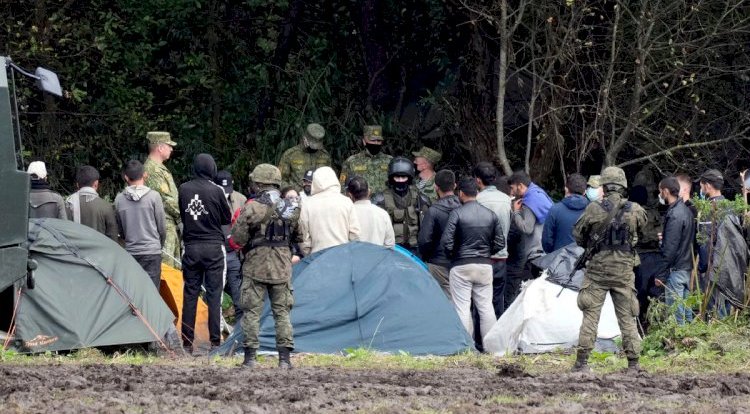 Tensions have increased at the Polish Belarus border after shots were reportedly fired.

Polish officials have summoned a Belarusian official after border forces said they had been fired at, said a Foreign Ministry spokesperson. The allegations represent an escalation of tension at the already tense border.

Warsaw declared a state of emergency at its eastern border in August as large numbers of migrants began to enter the country from the Belarus side. Brussels has said Minsk is using the migrant situation to exert pressure on the EU over sanctions. The Polish government has accused Belarus of encouraging people from the Middle East and Africa to migrate in large numbers into the EU by entering through Poland.

“A Belarusian patrol fired shots at Polish Army soldiers who are patrolling the border with us. It was probably using blank ammunition. Nothing happened to anyone,” the state-run PAP news agency quoted Border Guard spokeswoman Anna Michalska as saying.

Poland’s Foreign Ministry spokesperson, Lukasz Jasina, said that Belarus’s charge d’affaires Aleksandr Czasnouski had been summoned over the “provocations” at the border.

However, Czasnouski rejected claims that shots had been fired across the border while leaving the ministry. The State Border Guard Committee spokesperson for Belarus, Anton Bychkovsky, also rejected the claim of shots fired, saying that the Belarusian border guards hadn’t used weapons over the last 24 hours.