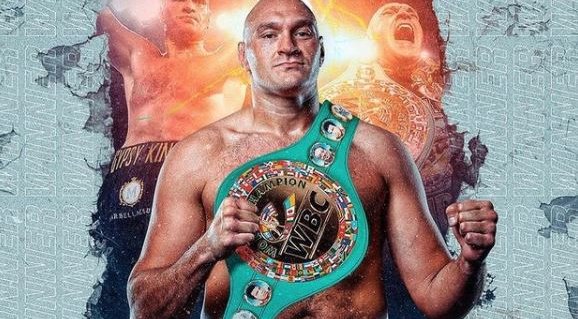 Tyson Fury puts on a stunning performance in Las Vegas against Deontay Wilder.

Fury showed what he was made in Las Vegas. After knocking out Deontay Wilder, Fury retained his WBC heavyweight title. The contest featured five knockdowns. Wilder looked to be struggling at the end of the third round. During the fourth round, he managed to turn things around though.

Fury fought back hard and gradually wore down Wilder. Referee Russell Mora had to wave off the fight in the 11th, after the American hit the deck.

This was the heaviest that both fighters have weighed in at. Only days ago the two boxers had verbally fought it out during a news conference.

In December 2018 the pair had fought it out in their first bout. The third fight in the trilogy was postponed after Fury tested positive for the coronavirus in July.

Fury spoke after his victory and said: “I’m the greatest heavyweight of my era, no doubt.

“If you play with fire long enough, you get burnt.

“I can never be wrote off, never beat until I’m down and out.

“I didn’t have my best performance, but I pulled it out of the bag.

“It was a great fight, worthy of the best trilogies.”

He added: “I will not make any excuses, Wilder is a top fighter, he gave me a run for my money.

“I always say I am the best fighter in the world and he is the second best. Don’t ever doubt me. When the chips are down I can always deliver.”