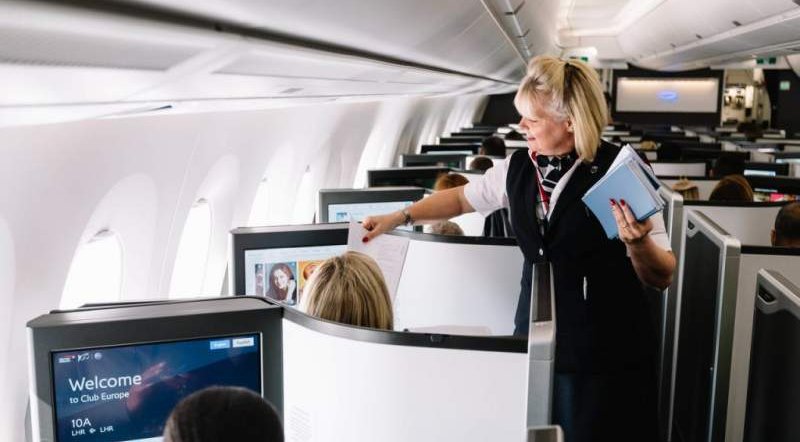 British Airways pilots and cabin crew have been told to use gender neutral greetings in future when greeting passengers onboard aircraft.

BA said it will switch to more gender neutral terms instead fro passenger announcements, as part of efforts to celebrate “diversity and inclusion.” The move follows other airlines like Lufthansa, easyjet and Air Canada. “We celebrate diversity and inclusion and we’re committed to ensuring that all our customers feel welcome when travelling with us,” said a BA spokesman.

Sir Martin Sorrell, the founder of the advertising agency WPP, told The Sunday Telegraph that passengers are no longer bothered by the use of traditional greetings.

The decision to stop using gender-based adjectives comes as a result of a survey that revealed a change in British Airways’ customer’s attitudes.

An increased number of families have been travelling since Covid-19 restrictions have been relaxed, prompting the airline wanting to “make children feel included in announcements as well as respect new social norms.”
British Airways didn’t immediately say whether it would be instructing staff to avoid gendered personal greetings like ‘Sir’ and ‘Madam’, or what could replace these terms during onboard interactions.

BA is not the first airline to adopt a new inclusive vocabulary as Japan Airlines started using gender-neutral terms in 2020, in what it said was a bid to “create a positive atmosphere and treat everyone with respect”.

Consequently, Mark Morimoto, a Japan Airlines spokesman, explained last year that “greetings and announcements in English at the airport and in the cabin would use gender-neutral language” including using terms such as “all passengers” and “everyone”.

Last month, Air Malta also announced it would adopt gender neutral language, with executive chairperson David G Curmi stating in an internal communication to staff members: “Historically we have welcomed our customers as ‘ladies and gentlemen’.