First official discussions over a Gibraltar treaty started in Brussels 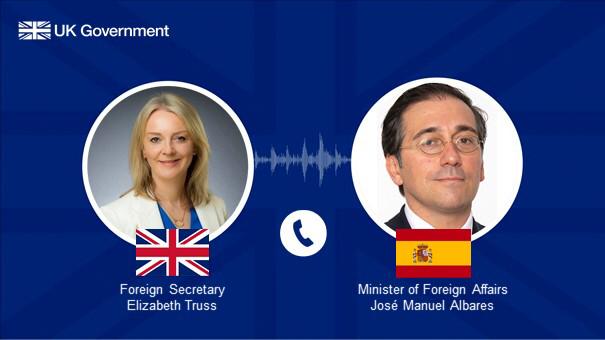 FIRST official discussions over a Gibraltar treaty started in Brussels today, Monday October 11 with a technical meeting without politicians.

This was agreed following telephone discussions between UK Foreign Secretary Liz Truss and her Spanish counterpart José Manuel Albares on October 7 and Maroš Šefčovič Vice-President of the European Commission for Interinstitutional Relations on October 8.

All three agreed that this was a good time to start and hoped to see a satisfactory outcome for all concerned.

A statement was issued in advance of the meeting which said “The UK and Gibraltar governments are working very closely together and Gibraltar will continue to be fully involved in all aspects of the negotiation.

“The Attorney General Michael Llamas QC will be in the negotiation, supported by the Director of Gibraltar House in Brussels Daniel D’Amato.

“The meeting marks the commencement of the process and is expected to set out technical questions and allocation of work-streams and other issues.

“It is the consequence of the political framework agreed to by the Gibraltar Government at the end of last year which provides the political balance already struck between the Governments of the United Kingdom, Gibraltar and Spain.

“It will be recalled that the Government of Gibraltar was also fully involved in the negotiations which led to Gibraltar’s inclusion in the Withdrawal Treaty and later in the New Year’s Eve Agreement.

“This is the framework for our future relationship with the European Union as already pre-agreed by Gibraltar, the United Kingdom and Spain.

“The Government of Gibraltar remains fully committed to an outcome which is based on the New Year’s Eve Agreement.”

Some commentators in Gibraltar have commented that as UK Prime Minister Boris Johnson decided to take a holiday this week, it might have been more appropriate to spend the time in Gibraltar which he says “has an unbreakable bond” with the UK rather than Marbella.

Other suggest that it is more diplomatic to spend down time in Spain rather than be confrontational by visiting the Rock at a time when delicate negotiations are about to take place.

Some cynics suggest however that he doesn’t have a friend with a huge villa available for his use in Gibraltar.

Thank you for reading ‘First official discussions over a Gibraltar treaty started in Brussels’ and remember that all articles produced by Euro Weekly News may be accessed free of charge.