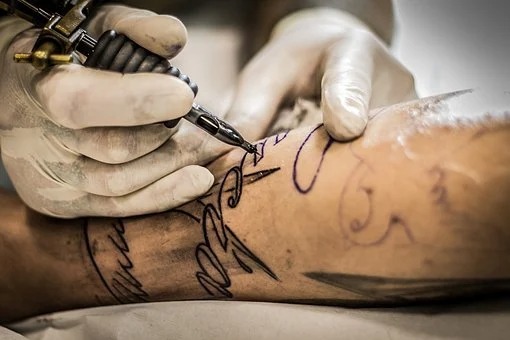 María Gámez, the director general of the Guardia Civil, has commented that tattoos which “until now were not allowed” will soon be permitted.

The new move comes as part of a Royal Decree on Uniformity. Gámez hopes the decree will “soon be approved”. She believes it is “qualitatively a very big” leap forward.

Gámez spoke in Malaga at the celebration event for the patron saint of the force. The Royal decree is promoted by the Ministry of the Interior and the Guardia Civil. It will allow officers to have tattoos “in accordance with the customs that are already social and shared.”

She added that officers will finally be able to have “tattoos without any limitation beyond respecting constitutional values and limiting certain areas that we feel would not be compatible with the principle of authority, such as the head, neck and hands”.

She also commented: “it will be permitted, through this royal decree which I hope will soon be approved, to display them, so the qualitative leap is very great and the limitations are the only ones we all respect, which are in accordance with the principles set out in our Constitution and those areas which we believe could hinder police action.”

Gámez also commented on the excellent work of the Guardia Civil in the fight against drug trafficking in the Campo de Gibraltar (Cádiz). She explained: “We have already invested heavily in both human and material resources to combat drug trafficking, which is yielding tremendously positive results, the ministry is considering a policy that provides even more incentives to be in these areas”.

“We are aware of the risks involved, the extraordinary success of our action is making these organised groups more violent and putting the physical integrity of the men and women of the Guardia Civil in more delicate situations.”