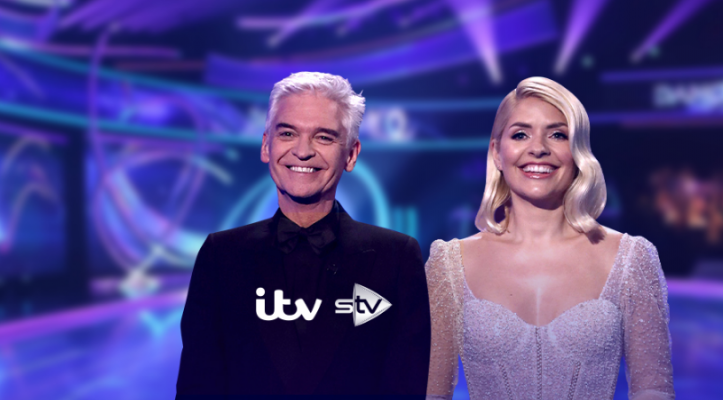 The full Dancing On Ice 2022 line-up has finally been revealed today, October 12.

The Dancing on Ice 2022 line-up has finally been revealed with Holly Willoughby and Phillip Schofield returning as the hosts.

Dancer Ashley Banjo and skating legends Jayne Torvill and Christopher Dean will take their seats as the judges. It has been confirmed that John Barrowman will not be returning as a judge and fans are eager to find out who will replace him on the panel.

This is the complete line-up:

The Vamps’ Connor Ball, 25, told Roman Kemp, Sian Welby and DOI champion Sonny Jay in an announcement on Capital FM today, October 12: “I’m excited obviously but I’m really nervous. I’m quite clumsy, accident-prone. Ice is hard! It was pretty hard to keep the secret. The rest of the band know. They’re super excited for me.”

The 39-year-old Pussycat Doll spoke to Ashley Roberts on Heart Breakfast about taking to the ice, saying: “I have signed up for Dancing on Ice! I’m nervous, that ice is going to hit hard. I’m just excited to see what I can do on there. I’m up for a challenge!”

TV personality and showbiz announcer on TV programme Lorraine said: “It’ll be fun. This is one of ITV’s most sparkly shows so when they asked me I was like absolutely, we watch it at home. It will be brilliant to learn a new scary skill.”

She went on to say: “You’ve got to say yes to things that excite you, that are a little bit scary because that’s when the growth happens – I’m hoping so anyway!”

“I’m going to go on this journey and hopefully inspire mums, dads and everyone to give things a go.”

Coronations Street’s Sally Dynevor was the first to be confirmed for the 2022 series.

She told ITV’s Lorraine: “If I don’t do it this year I don’t think I’m ever going to do it. I’m completely out of my comfort zone… I’ve just got to try and enjoy this experience.”

“I’ve had a couple of lessons, I’ve just started… it’s started to kick in, the training.”

“I can’t wait to meet Torvill and Dean. They make it look so easy,” she added.

21-year-old Liberty Poole from ITV’s Love Island said in a statement: “I grew up watching Dancing On Ice and my mum actually used to be a figure skater.”

“I ice skate as a hobby sometimes so I can get around the rink but I can’t do any tricks, no pirouetting or anything so I’m really looking forward to pushing myself and learning as much as I possibly can.”

“Not just skating around the ice but actually dancing on ice. Bring it on!”

Rugby star Ben Foden, 36, said: “I used to skate a little when I was a kid. I’d go to ice discos when I was 15, 16 (years old) and you’d always see these kids that could do pirouettes that had a proper dancing background.”

“I like the idea of learning a new sport and a new skill. I’m quite competitive as well so I like the challenge of competing against others doing something that I’m not necessarily good at!”

The 25-year-old singer, dancer and son of football legend Paul Gascgoise Regan Gascoigne said: “Obviously I dance and love dancing but it’s the skill of this. I’ve always wanted to do it. Always! Ever since I was a kid!”

Meet the Dancing On Ice class of 2022! ⛸️ ❄️
Keep an eye on @ITV for DOI updates coming soon… pic.twitter.com/JVpIuheQqz

Bez has already appeared on reality TV shows such as Masterchef and Celebrity Gogglebox.

Talking on This Morning about appearing on DOI he said: “At the moment it’s more like Bambi on Ice, not Dancing On Ice,” he said on ITV’s This Morning.”

“How I got picked I don’t know because I was absolutely awful at the audition but they must have seen some potential in me!”

“I’m looking forward to learning a new skill and I can’t wait for the Christmas ice rinks again and I can get on there and really show off.”

Rachel Stevens is best known for being part of S Club 7.

“It’s one of those things, until you do it you don’t know what’s going to happen.”

“The opportunity came up and I thought what an amazing opportunity to learn a new skill.”

“I love the whole idea of working with a team and your partner and also for my girls to be a part of this.

“They are at an age now where they love all the costumes.”

Paralympian Stef Reid, 36, revealed on Good Morning Britain that he will be competing in the next series.

He said: “I have some really exciting news. I’m going to be picking up a new sport this winter and it comes with a little bit of showbiz.”

“I’m going to be a contestant on Dancing on Ice and it’s a little bit scary but I cannot wait!”

The former Strictly Come Dancing professional Brendan Cole, 45, announced on Loose Women that he will be in the next series, saying he is “so, so excited” to be part of the show.

He told the panel: “I’m so, so excited. It’s been a while coming now. I’ve known I’d be doing the show for quite some time and I want to get started, I’m so excited to be on the show.”

Talking about how he had been performing on the ice so far he said: “I’ve had one go. I’m a fairly confident person and I like to think I’m going to be good at what I put my hand to or my feet to!”

Kye Whyte, who won silver in Great Britain’s first-ever BMX Olympic medal earlier this year will be taking to the ice instead of the bike this year.

He said on CBBC’s Newsround that he is “feeling good” and said that he roller-skated when he was younger.

Speaking about how long he had kept it all a secret he said: “Only three or four weeks. I think I was the last person to get selected. I was not told not to tell anyone and I’ve been waiting for the big reveal!

“My family knows. My dad and my brother roller-skate so I think they’re excited.”