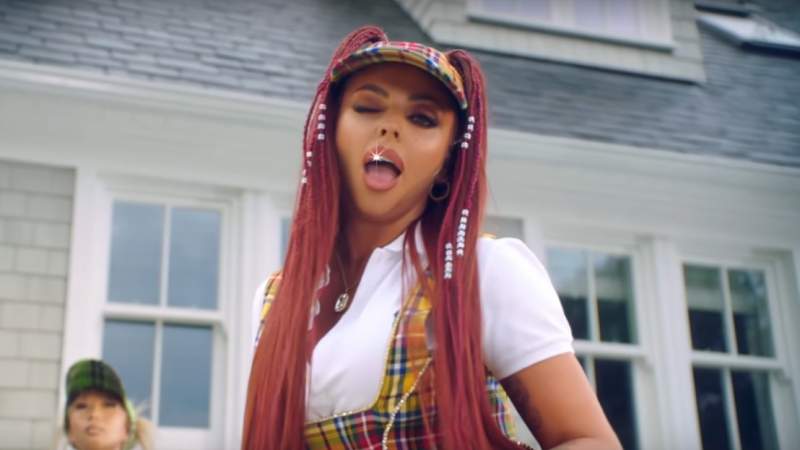 The famous rapper speaks out after accusation of Jesy Nelson Blackfishing

Ex Little Mix star Jesy Nelson has come under fire for apparently appropriating black culture in her first solo video ‘Boyz’. Blackfishing is a word used to accuse someone of pretending to be black or mixed race. The song features famous rapper Nicki Minaj who has come to Nelson’s defence. Minaj stated on Instagram “Y’all gotta stop”.

On Twitter, she continued to defend the X Factor star: “if you know someone has been suicidal from bullying in the past, then why try to get a bunch of people to bully them again about something else?” Nelson famously had a documentary, ‘Odd One Out’ based on all of the hate messages she received while in her former band, and the mental health struggles that followed.

Boyz samples an old song by the rapper Diddy, formerly known as Puff Daddy. In the video, Nelson has a deep tan and is wearing wigs and braids. Basketball shorts, gold teeth and large chains also feature. There is a growing movement to recognise that white people profiting from imitating stereotypically black characteristics is wrong. This is because black people are often held back for wearing the same things or having the same characteristics, and white people are not.

It was said that while she was in Little Mix, the subject of Jesy Nelson blackfishing was not brought up for nine years. It was only during their last video together something was mentioned to her. Minaj interrupted as Nelson tried to elaborate during an Instagram Live video. She went on to call her ex-bandmates “clowns” as Jesy laughed along. There has been no response from the band yet.

Nelson says she never set out to offend people of colour with her song, or the video. She claims her skin tone in the shots was due to a 3-week-long holiday in Antigua just before filming started. She stated in a recent interview: “I am very aware that I am a white British woman; I’ve never said that I wasn’t.”