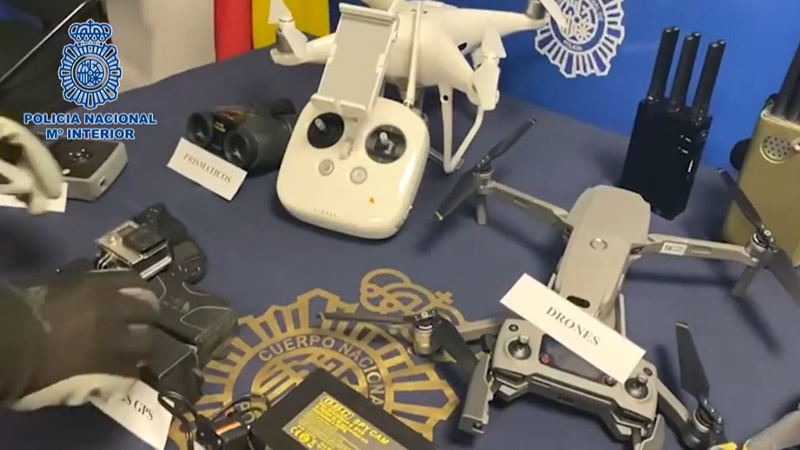 Malaga National Police officers have rescued a Belgian businessman who had been kidnapped in the Malaga province city of Marbella, on the Costa del Sol. The victim had been held against his will by the kidnap gang, who had allegedly demanded €1 million from his family for his release.

In the process of rescuing the man, officers have broken up a criminal network that had been active in the province. They are also thought to have links to criminals in the Spanish autonomous city of Cueta in North Africa as well.
It is believed that the gang intercepted their victim as he was getting into his vehicle in the municipality of San Pedro de Alcantara. He was subsequently driven to a hideout in the town of Coin, on the outskirts of Marbella.
According to sources of SUR, the gang held their victim for five days, during which time has was also tortured. It is alleged that the Belgian was thought by the gang to be linked to a drug shipment that had been stolen previously.

Operation Shai was launched by the police

Upon receiving the ransom demand, the family contacted the police, who launched Operation Shai. This operation involved members of Udyco, the National Police’s drugs and organised crime unit. They quickly traced the kidnappers to a country property in the municipality of Coin, where a raid was conducted to free the victim.
During the raid on the property, as well as at addresses in Marbella and Ceuta, seven individuals were arrested. Four of them remain in police custody. Officers recovered drones, frequency jammers, surveillance spy cameras, and other devices in the raids. The force claim this gang specialised in property and car robberies, as well as drug trafficking, as reported by surinenglish.com.