Legion goat parade to be banned 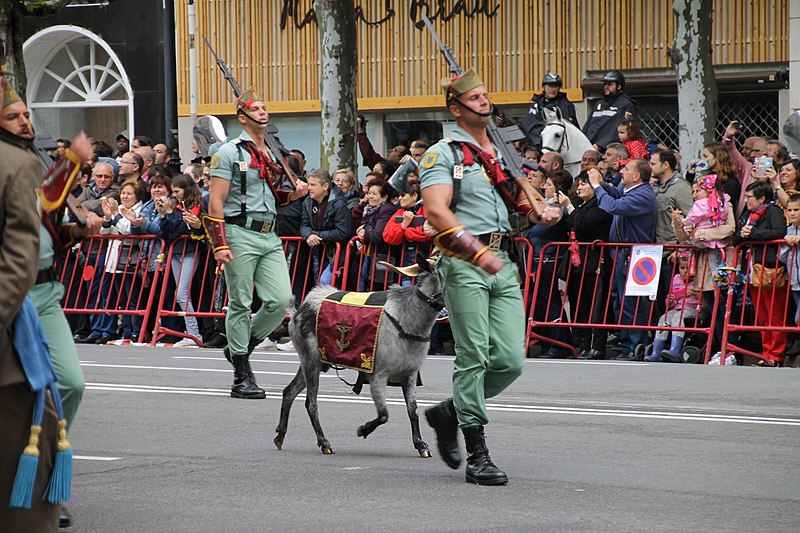 Spain’s Legion goat parade will be banned due to animal abuse laws.

The Government of Spain is going to ban the Legion goat parade in the future due to animal abuse laws. The general director of Animal Rights, Sergio Garcia Torres (Podemos), has prepared a text that limits animals to participate in parades and processions.

The Legion goat is a symbol of the history of Spain. However, the parade today, October 12, could be the last if the law of the Central Executive is finally approved in its current terms. Since its founding 101 years ago, the Legion has always had a mascot.

The Ministry of Social Rights and Agenda 2030, led by Ione Belarra, establishes in article 73: “The use of animals in exhibitions of nativity scenes, horseback riding or processions, in which the animal is kept in an unnatural way according to the characteristics of its species, is prohibited.”

Legion corps say that the goat “is just another companion, they are treated like another person.”

“When one of the goats dies it is quite a drama in the Legion. They have spent many years sharing moments and, in the end, we become fond of them.”

The history of the goat of the Spanish Legion dates back to the beginning of the body more than 100 years ago. Since its inception, the Legion has had a wide variety of pets.

In its early years, the Legion cared for monkeys, which are common in the lands of Ceuta. They have also adopted gazelles from the Sahara, wild boar, trained parrots, and even a bear. The most frequent pets have been rams.

Troops were accompanied by livestock to have a supply of basic food, mainly milk and meat. Sometimes, these soldiers took affection for one of these animals and pardoned them, becoming one of the group.

Each year on October 12, a Spanish National Holiday Day, the animal has been the Legion goat. They are usually dressed in a garment such as a cloak with its corresponding emblem, or sometimes a chapiri or legionary cap.