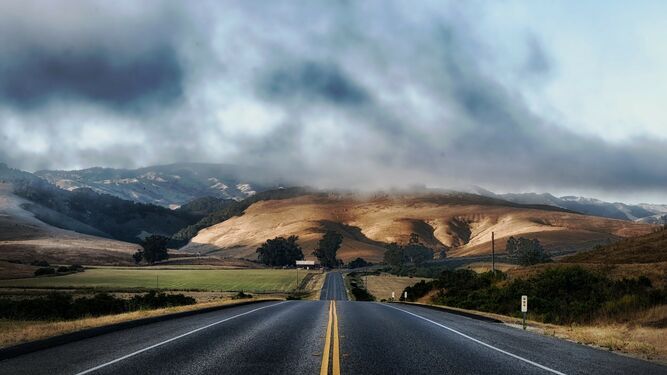 Spain’s Directorate General of Traffic (DGT) has published five safety guidelines to reduce accidents on the roads this Autumn.

Currently, the installation of smart crossings on the roads can prevent up to 40% of accidents. It is just one of a number of new measures to be introduced onto Spanish roads to decrease accident rates. This has been certified by the General Directorate of Traffic in the latest publication of its official magazine, which includes an extensive description of these protective measures.

The five most effective measures to reduce accidents have common characteristics that do not involve substantial modifications to existing infrastructures, rather just the addition of extra elements which do not involve high costs.

The mechanisms are based on designs whose objective is to achieve a Safe System. This mechanism is recognised by the World Health Organization and the Organization for Economic Cooperation and Development and is included in Spain’s Road Safety Strategy 2021-2030.

Measures to reduce the number of road accidents.

All of the following advisories are based on the fact that human beings tend to make the same mistakes- it is in their nature.

“In this approach, the user is the main criterion of road design, and, therefore, a system capable of acting in the event of an error is sought human error, which is inevitable, but it does prevent its consequences from being serious. With this premise, the well-known roads that forgive human errors have been developed, which are roads that are designed and operated with the maximum guarantees to avoid accidents. , and, if these occur, minimize their consequences, ” said Pedro Tomás Martínez, head of the Mobility Area of ​​the DGT and director of the project.

These are the five most effective measures when it comes to forgiving these well-known human errors in highway driving.

The smart crossing device consists of an intelligent signalling system for all those intersections or crossings considered dangerous on conventional roads. This system has sensors whose signalling is activated only as a warning to drivers of the proximity of another vehicle in its crossing manoeuvre. The purpose of these crossings is to avoid head-on collisions at dangerous crossings. According to data from the US Federal Highway Administration. FHWA manages to reduce the number of wounded and deceased by a percentage of between 40 and 55%.

It is a pigmented type of surface with a different colour than usual. Normally red colours are used uniformly and are very striking to drivers both day and night. With these tonalities it is possible to increase the attention to the steering wheel on very dangerous sections of the road; although they can also be located in pedestrian crossings or other high-traffic flow sections- it manages to reduce the accident rate by up to 35%.

Reinforcement is placed in opposite directions that manage to increase the lane width. It consists of the installation of a physical barrier or central area framed by two longitudinal lines. This area is tinted with a colour different from that of the road or with a zebra. It manages to increase the lateral distance between vehicles in the opposite direction, avoiding frontal or frontal-lateral collisions. In addition, it also serves to induce the perception in the driver that the road is narrower so that they must drive at a lower speed and not overtake- this can reduce accidents by between 38 and 40%.

These systems serve to prevent the consequences of the impact of vehicles against what are known as ‘ditch safeguards’. These consist of slopes or structures that are usually placed at intersections with additional roads or highways. Its purpose is to improve road safety margins, thereby reducing the severity of these accidents. This mechanism redirects the trajectory of the vehicle, avoiding a direct collision with these structures- this has been proved to reduce mortality by up to 70%.

5. Sound guides- Keeping on the straight and narrow

This consists of grooves or projections in the road that, when traversed by vehicles, produce a vibration or noise. They are usually placed to separate the different directions of traffic or on the edges of the road. They manage to alert drivers that their directional path is being diverted from the road- that they are veering off. This system has a factor for reducing the loss ratio of 21%.