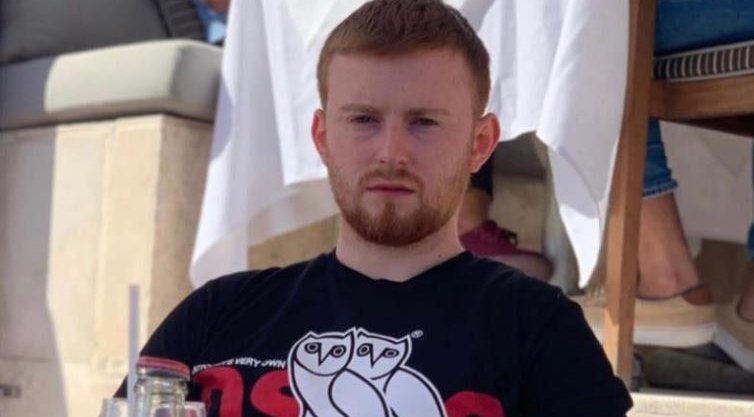 Billy Hood had both his apartment and car searched after officers received a drugs-related tipoff. The officers discovered only cash and CBD oil which is harmless. CBD oil is legal in the UK but contains trace elements of THC.

After Billy was thrown in jail he was allegedly forced to sign a false confession. The confession was written in Arabic that he could not understand. The confession admitted to selling and trafficking the oil.

Billy has been found guilty. He has now been sentenced to a shocking 25 years in jail.

Speaking to The Sun Billy’s mum Breda commented: “I don’t think there’s a word in the dictionary that describes the pain I’m going through.

“I can’t talk about it without tears forming in my eyes. It’s too hard to take in.

“The odd time he tries to phone… we love him so much.”

Billy used to play for Kensington & Ealing Borough. He is a former semi-pro footballer.

Billy’s mum added: “This is not our Billy, he is 100 per cent innocent. There has been no help from the embassy. We have been in touch with them non-stop. I’ve contacted them every day. The most I’ve got from them is that ‘he’s ok’.”

Billy had only just moved to Dubai when he was arrested. Billy said: “They jumped out to arrest me, handcuffed me. One officer jumped out and pointed a Taser at me, threatening to use it if I didn’t cooperate,

“They demanded to show them where the drugs are. I was shocked, scared and confused. I told them I wasn’t aware or in possession of any drugs or substances.”

The Detained in Dubai charity are helping Billy’s family. Radha Stirling, Founder and CEO of Detained in Dubai spoke to the Sun. He said: “He was arrested and accused of trafficking, selling and being in the possession of CBD oil, which is illegal in the UAE.

“He had been in prison for four days and was forced and coerced into signing a confession, which is commonplace in Dubai.

“Being in possession of CBD oil would be a very very small sentence, possibly a few years maximum, but because they’ve added trafficking and selling in there it has become 25 years.

“The only evidence is the confession which was in Arabic and he didn’t know what he was signing.

“Billy only had a very small amount of the CBD oil, but within the oil there are microscopic trace elements of the active ingredient THC and that’s enough for a conviction.

“It’s incredible, 25 years for having an oil that can’t even get you high, it’s extreme.”

The CBD oil was said to have been left in the car by a friend.