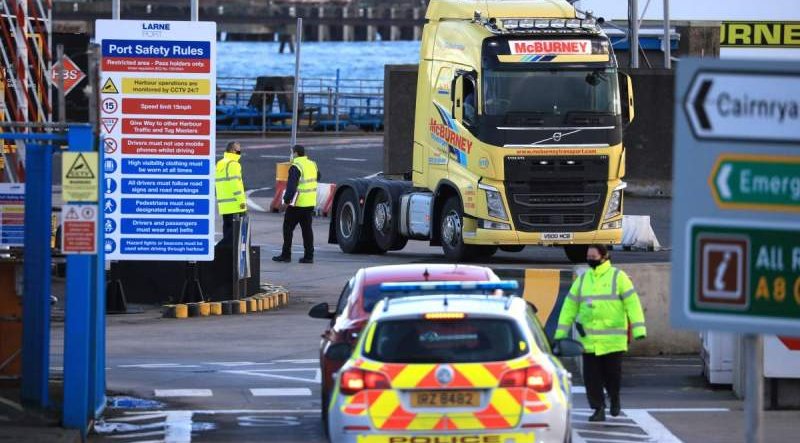 The EU is set to reveal new proposals on Northern Ireland Protocol that will ‘significantly’ lift border checks.

The EU is to set out a package of ‘practical solutions’ as the UK continues to demand changes to the eNorthern Ireland Protocol. Included are proposals covering customs, agri-food, medicines and the role of Northern Ireland politicians.

The arrangement currently in place avoids a hard border on the island of Ireland by keeping Northern Ireland in the EU’s single market for goods. However, the system creates a new trade border with Great Britain that unionists complain undermines their standing in the UK.

“Brussels is going to allow more goods to pass into Northern Ireland without checks in return for having more data to do proper market surveillance.

“The number of checks will go down massively. This is the best way to cut checks, short of a Swiss-style alignment agreement,” said an EU official to The Telegraph.

The Northern Ireland Protocol had been a key point of contention throughout the Brexit talks, with Northern Ireland’s Unionists, who are pro-British and pro-Brexit, opposed to the EU-UK trade deal that demands customs checks on some goods arriving in Northern Ireland from the UK mainland.
Northern Ireland First Minister Arlene Foster and her party, the Democratic Unionist Party, argued that the deal puts the future of union at risk. Northern Ireland, plagued by a history of sectarian violence, is still divided by identity politics, with peacemakers concerned that the EU-UK spat might create a space for those grievances to breathe.