How Are The Spanish Clubs Expected to Do in the Champions League? 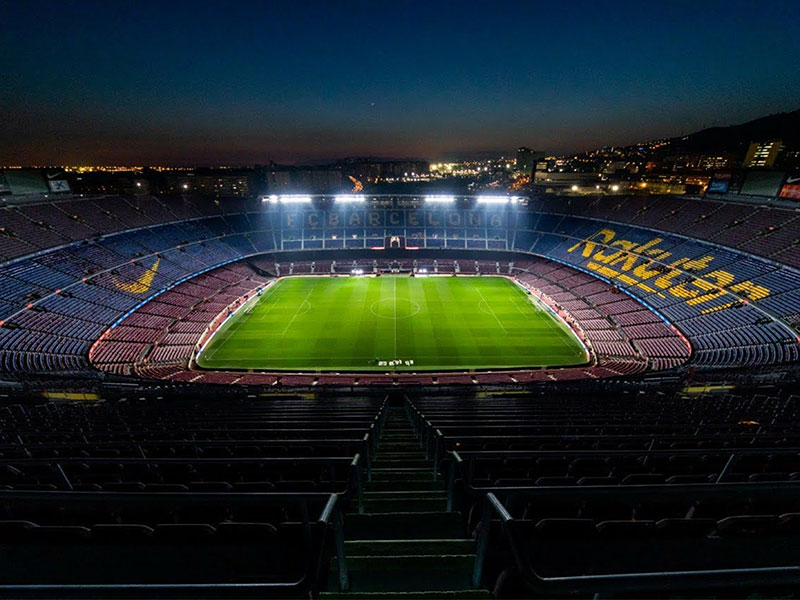 The most revered trophy in European football, the Champions League, just kicked off for the 21/22 season. With the much loved anthem swirling around many stadiums across the continent, fans were ecstatic with the anticipation that their favoured club could go all the way, and capture the trophy come May. It will be a tricky journey though, as the competition is swarming with talented teams, all capable of beating one another.

After years of Spanish domination in the Champions League, with Barcelona and Real Madrid being responsible for six of the winners between 2010 and 2019, the tide is starting to turn away to other places in Europe. Can any of the La Liga clubs turn back the time though, and show that they still have what it takes to take the most coveted prize?

Here is a quick look at how the Spanish clubs are expected to do in the tournament this season.

What a remarkably rough summer it was for Barcelona. The Catalan giants were, embarrassingly and publicly, put through the ringer, when they had to announce that they couldn’t afford to pay their astronomical wage bill anymore. It turns out that in the past decade, the club have managed to rack up a debt of €1.35 billion, by committing players to sky-high wage contracts. This inability to fork out massive wages to players, led them to have to say goodbye to their talisman for the past fifteen years, Lionel Messi, who left for Paris Saint Germain after a tearful press conference.

Sounds like a tough environment for their manager Ronald Koeman then, and the start to the season has reflected that, with some shaky performances in La Liga doing nothing to calm fears that this will be a tough year. Add to that, that in matchday one of the Champions League, they were totally outclassed by Bayern Munich, and many pundits are predicting that this could be the year that Barcelona crash out in the group stage. This would’ve been unthinkable even just a couple of years ago.

Atletico Madrid finally managed to unearth Barcelona and Real Madrid last season, and capture their first La Liga title since 2014. Diego Simeone and his gang of hard-working, never say die, warriors found the missing piece last year, when sensational striker Luis Suarez was added to their ranks. They’ve never managed to win the Champions League before, but have reached the final on two occasions, both times falling short against their city rivals, Real Madrid.

This year they’ve been drawn in the trickiest group out of all the Spanish teams, with three heavy-hitters sitting with them in Group B. There’s Premier League stars Liverpool, along with AC Milan from Italy’s Serie A, and finally Portuguese champions Porto. Simeone will have to use all of his managerial mastery to navigate his way out of that. However, if they do qualify for the next round, then they could go deep into the competition, as the Metropolitano Stadium can become a fortress in knockout games.

The team nicknamed ‘The Yellow Submarine’ managed to rise up from the depths last season and win the first European trophy in its history, when they defeated Manchester United in the Europa League final. Villarreal were serious underdogs going into the final, but Unai Emery had the team playing out of their skins, and they took United all the way to penalties, where they kept their nerve and scored every single one of their spot-kicks.

Heading into the Champions League this season, the team aren’t expected to do too much, and there’s even a general consensus that they might be better finishing third in their group and dropping into the Europa League, where they’d have a real chance of conquering that tournament again. Especially when in a mad twist of fate, they’ve been drawn with Manchester United in their group, and so will be facing the Premier League heavyweights again.

United are one of the favourites to win the Premier League, they’re priced at 7.00 at most major betting sites, so will be difficult opponents once more. If you enjoy a flutter on the football, then AsiaBet are the website for you. Their site is packed full of the best football betting tips, as well as recommendations for an online bookmaker that will give you everything you desire. They also have guides to what bonuses you can expect to collect, and stacks of sign-up offers that will make you a real winner this season.

Real Madrid decided to turn the clock back after parting ways with Zinedine Zidane, as they reinstated manager Carlo Ancelotti, who had previously managed the club between 2013-2015. There was glory that time, when they managed to win the Champions League in 2014, but will he and the club be able to repeat it this time?

Madrid got to the semi-finals last year, and were beaten by the eventual winners Chelsea, over a tightly contested two legs. They seem to have improved since then, as they’ve moved some of the older players on, such as Sergio Ramos, and are putting more faith in their youth players. Their young winger Vinicius Jr. has started to become the main man at the club, and looks like he could take them as far as the semi-finals again.