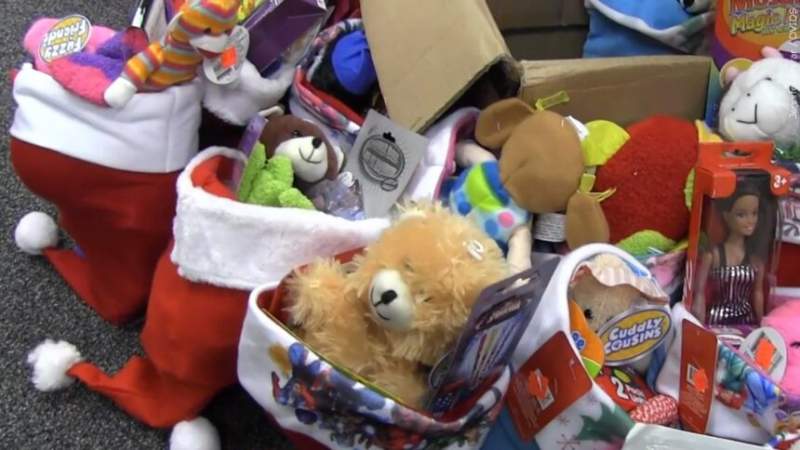 UK shipping bosses are warning of Christmas toy shortages over the lack of HGV drivers.

Children face Christmas toy shortages as shipping bosses warn of gaps on UK shelves. This comes after the UK’s biggest container port hit maximum capacity and had to turn ships away that were loaded with goods. Shipping giant AP Moller-Maersk has diverted vessels away from the facility in Felixstowe, Suffolk, warning that the problem will continue until at least the new year.

The issue has reportedly been caused by a combination of a lack of HGV drivers, a spike in imports and Covid restrictions at ports combining in a ‘perfect storm’.

Lars Mikael Jensen, head of the east-west network at Maersk, said containers are stacking up in Felixstowe because there are not enough drivers to ‘get boxes out’. Most imported toys come through the port, raising fears there will be shortages over Christmas, according to The Times.

Not limited to Felixstowe

However, the disruption is not limited to Felixstowe, with sources pointing to bottlenecks at distribution centres in the Midlands causing problems as well.

One shipping boss told the paper: ‘I don’t want to sound like a Grinch but there are going to be gaps on shelves this Christmas.’ Maersk boss Lars Mikael Jensen says its largest ships are being diverted from Felixstowe to Rotterdam because they were waiting for up to a week off the port.

Jensen warned that retailers may need to prioritise what they ship to Britain in the coming months, with 10 to 15 large ships from Asia arriving in the UK every week. He added that he felt it would be ‘well into 2022’ before the situation began to resolve itself.

The European Commission Vice President Maros Šefčovič said on Wednesday, October 13, that new proposals for the Northern Ireland Protocol would be “very far-reaching” and that he hoped they would be seen as such.

The proposals are understood to include a unique agri-food deal aimed at sharply reducing the checks on products moving from Great Britain to Northern Ireland.