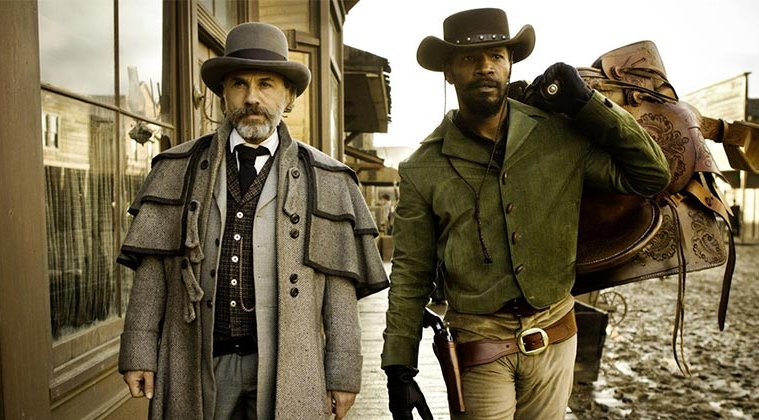 TALK about adding insult to injury. With black actors now dominating UK commercials more than ever and also beginning to take leading roles and in just about every UK TV production on offer, we have to suffer the ignominy of a Western feature movie containing an all-black cast.

This means that if John Wayne in his heyday had applied for a part in this latest movie ‘The Harder they Fall,’ he would be turned down because of the colour of his skin! It really doesn’t get more racist than that! When one of the film’s leading actors was asked if casting all black cowboys was a little implausible, he actually maintained that it was perfectly acceptable as there were masses of black cowboys back in the day.

What utter and complete balderdash. This is merely another blatant attempt to provoke even wider bias between the black and white cultures of the world. If a movie was cast insisting on only white actors, it would simply never be allowed to come to fruition. These one-sided ethnic concessions are now causing more division of cultures than ever before. Members of the public, who have never had a racist bone in their bodies, are now becoming so disillusioned at the utterly disproportionate appeasement of the black and Asian minorities, they are leaning more to the right than ever.

Many white actors now have to look to other ways of earning their living due to the lack of demand for Caucasian artists and performers – quite understandably many of them are not happy at all. What on earth is going on? I can only reiterate an earlier observation. That the left leaning media see the votes of the black and Asian population as the only possible way that Labour has any chance of winning the next election.

Subsequently, when they start their usual left wing propaganda trail toward polling day, they hope to be looked on more favourably by the ethnic population. Well I have recently heard about a far-right political party that has actually been granted political status in the UK; if the woke and biased media continue to antagonise and anger the public the way they are doing at present, they could find their whole scheming operation completely backfire, and subsequently – as happened in France – deliver more votes to a far right candidate than they could have ever envisaged.

Their bias toward the Conservative party was also no more obvious than in their reports on Johnson’s closing speech at last week’s conference. Not only did they find fault with just about all of it, they glaringly omitted any reference whatsoever to his outstandingly anti woke remarks, that he would not abide those who would ‘seek to change our history’.

He scorned others who ‘wanted schools where no one was allowed to win’ and announced that Churchill, who saved us from the worst despot the world has ever seen, was ‘one of our greatest statesmen’. Three prodigious points that extorted utter silence from this left wing driven, bitter bunch of unacceptable would be authoritarians.