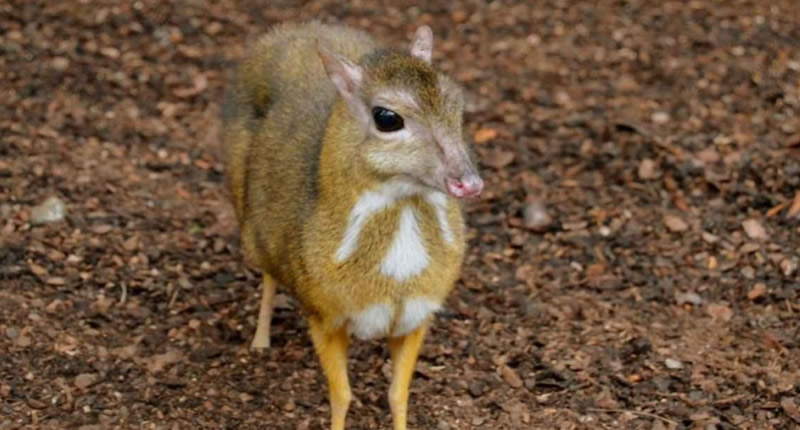 Fuengirola zoo, in the province of Malaga, on the Costa del Sol, is celebrating the arrival of a new addition to its collection of animals, with the birth of a new species at the Bioparc facility. This new mouse deer is the smallest ruminant in the world, as well as being the most primitive.
Weighing barely 300g, it is not much bigger than a mobile phone. While a newborn human baby is normally only around only four per cent of its mother’s weight, the baby deer mouse, at birth, already accounts for 30 percent of the mother’s weight.
Due to the nature of this species, the development of the offspring of these animals occurs very quickly. According to wildlife experts, this is nature doing its job, because these creatures normally inhabit harsh environments where a newborn could become prey for all kinds of carnivores.

Within a few hours of being born, a baby mouse deer is already able to stand up, walk and even jump. After just four months it reaches sexual maturity. Adults normally never reach more than 20 centimetres in height, and weigh around 1.2 kilos.

An incredible feature that has aroused interest in this species by scientists is the fact that these tiny prehistoric animals possess an amazing digestive system that consists of four stomachs. Putting this into context, the most evolved digestive system known is that of cows, and they have three stomachs.
Born with incredible survival instincts, from birth, these tiny animals remain hidden away from the mother for most of the time, only going to her during the night to feed. Wildlife scientists still know very little about this species of mouse deer as fieldwork in their natural environment is extremely difficult, and now, Fuengirola zoo has one of these incredible animals, as reported by elmira.es.