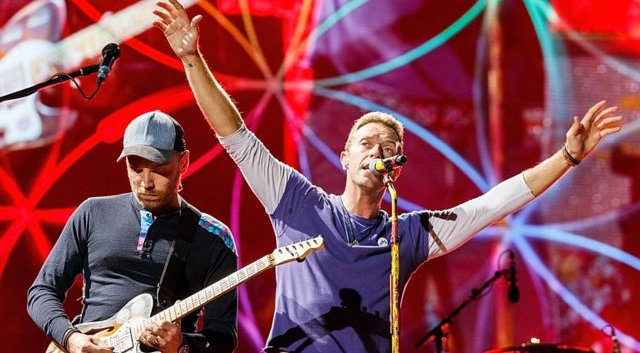 Coldplay fans have been charged with generating electricity by the band for the ‘sustainable’ 2020 tour.

Coldplay has announced a world tour that will be as “sustainable as possible.” Fans will asked to generate some of the electricity needed for the concerts by dancing on a “kinetic floor” or pedalling fixed bicycles linked to batteries and invertors. This is all part of a 12-point plan to cut their carbon footprint and comes two years after the band pledged not to tour until they could do so in a more sustainable way.

Singer Chris Martin told the BBC entertainment correspondent Colin Paterson in his first interview about the plans that fans will be on “kinetic flooring”. “When they move, they power the concert and we have bicycles too that do the same thing.”

Their global tour will be supported by a “show battery” that has been supplied by BMW. This will be recharged using solar power and generators powered by hydrotreated vegetable oil.

Martin said: “We’re proud to partner with BMW to create the world’s first tourable, rechargeable show battery – which will allow us to power our concerts almost entirely from clean, renewable energy. These alternatives will replace the usual diesel and petrol generators, which will reduce the carbon footprint of the concerts.”

“A common awareness of sustainability has led during recent years to an intensive, creative co-creation process between BMW and Coldplay,” said BMW spokesman, Jens Thiemer.

The band, however, are receiving a massive backlash from fans after finding out the group will still be using their private jets to reach the venues.

The European Union have agreed to back five-year climate targets at the COP26 climate change conference. The countries involved have now been left to finalise the rules needed to put the Paris Agreement into full effect.

At the COP26 summit, which is to be held in Glasgow from Oct. 31 to Nov. 12, countries will attempt to unblock years of complex negotiations, focusing on the technical rules. One important issue they will address is whether their climate targets under the Paris 2015 accord should follow a “common timeframe”.