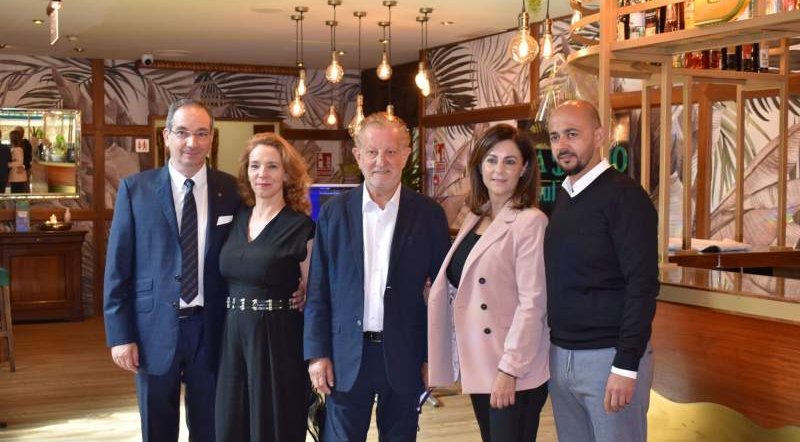 Members of Marbella Council, the Junta de Andalucia and the press were present alongside local business greats and the Da Bruno family to inaugurate Marbella’s latest place to be seen.
Bruno Filippone welcomed guests before taking to the stage to speak about the legacy of his wife and the group’s latest venture.
He said that the new bar, which will be open from 5pm to 1am, Tuesday to Sunday, had come out of love for his wife, Giuseppine.
Speaking about Giuseppine, who died in August this year following an illness, he said she was “a lovely mother and a beloved wife.”
The Da Bruno founder added that she had always wanted to create a space to be with family and friends and make people feel at home.
He finished: “She is not here but her spirit is always with us.”
His son and Da Bruno group general manager, Giancarlo Paparusso also took to the stage to pay tribute to his mother and speak about the new cocktail bar.
He said: “This is a special moment for us all,” and thanked staff for their work at the group.
He explained that the new bar would be a space for friends to meet, business meetings, cultural events and music.
Giancarlo also announced the group’s new plans for a takeaway restaurant, Da Bruno Express.
Opening in the Marbella Arena in Nueva Andalucia, the new business will serve Da Bruno deliveries and takeaways, as well as offering customers a space to sit and eat.
Giancarlo explained that the new restaurant is expected to open before the end of the year.
Later, Marbella councillor Felix Romero spoke to thank Da Bruno and the Filippone family for their role in Marbella, and Junta de Andalucia delegate for tourism Nuria Rodriguez added that everyone coming to Da Bruno feels like part of the family.
Later guests enjoyed stunning Da Bruno Italian food and drinks and entertainment from Dario Saxo.
Giancarlo spoke to the Euro Weekly News about the bar and said: “This was the last plan made by my mother.”
He also added further about the group’s new plans for its takeaway restaurant, saying it was in “the best spot” at Arena in Marbella.