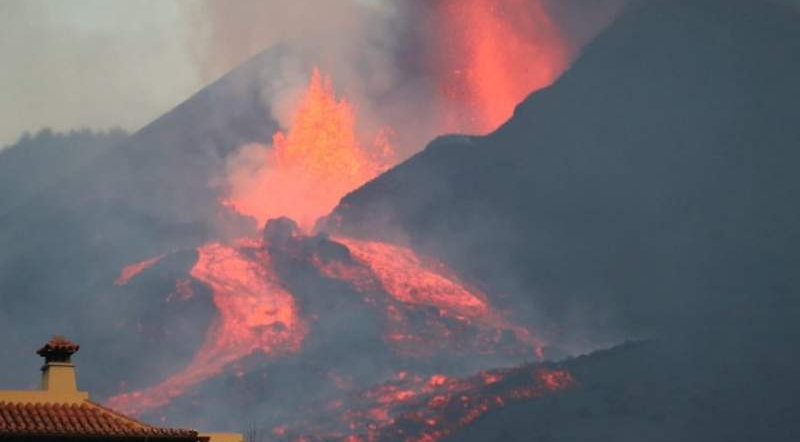 A German couple have taken refuge on a boat as the La Palma volcano threatens their Spanish home.

Juergen Doelz and his girlfriend Jacqueline Rehm were in the process of selling their boat on La Palma when the Cumbre Vieja volcano erupted.

They have now been forced to flee their Spanish home and move onto the boat.

Doelz, 66, and Rehm, 49, had been in the process of trying to sell the boat to save money after she lost her job during the pandemic.

The volcano started spewing lava just 4 kilometres from their dream home on the island on September 19 when the couple had just returned from a trip with a potential buyer.

The sale ended up falling through due to the yacht not being “sporty enough” said Doelz.

Just a few hours later, the pair were ordered to evacuate their rented home, which had a vineyard and terrace with a sea view, and ended up having to leave the majority of their belongings.

Doelz, who is retired, said: “Luckily we still had the boat… And since then we have been living on this boat. It’s small, but it’s okay.”

“We moved here (La Palma) two and a half years ago and after half a year we found our dream house… To lose that after two years, it’s hard.”

Even though the lava has not yet engulfed their home, they believe it is only a matter of time, as the flow has destroyed their Swiss neighbours’ house and the eruption is showing no signs of abating.

Rehm said: “We’ll stay on the boat as long as we don’t know what to do next. Shall we stay here or shall we maybe go to another island, like Tenerife? No idea, I don’t know. It’s written in the stars.”