La Palma volcano forces the evacuation of over 1,300 residents 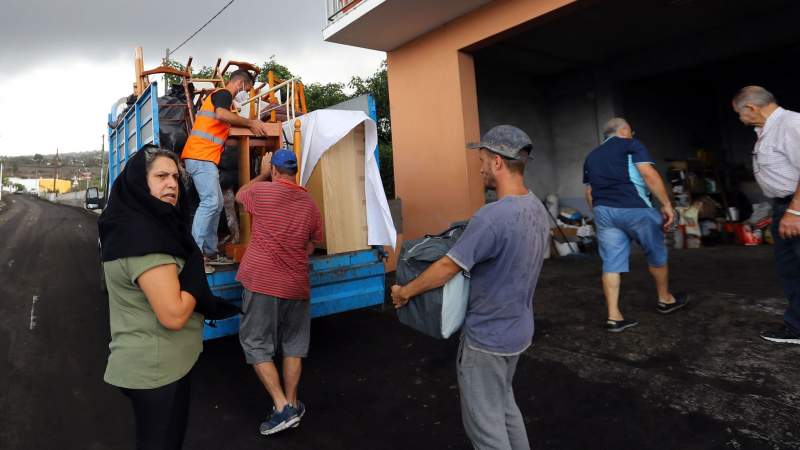 A fresh eruption of the Cumbre Vieja volcano on the Canary Island of La Palma forced the evacuation of more than 1,300 residents in the early hours of Friday morning, October 15. The mayor of Los Llanos announced on television this morning her concern that the lava is continuing to advance towards the urban centre of the La Laguna neighbourhood.

The latest situational report from the Department of National Security (DSN) indicates that the eruption continues to behave like a *strombolian mechanism, with explosive and effusive phases.

This comes after the Island of La Palma was by an earthquake measuring 4.5 on the Richter scale on Wednesday, making it the largest detected in the region since the eruption of the new volcano began on September 19.

According to Spain’s National Geographic Institute (IGN), the quake was recorded at a depth of 37 kilometres at around 1am and was felt by residents on the island. It was one of more than 50 tremors to hit La Palma during the early hours of Wednesday.

The earthquake was recorded just hours after another neighbourhood on La Palma was forced to evacuate due to the advance of a lava tongue. The decision affected around 15 residents in an area of Los Llanos de Aridane, who were given until midnight to take everything they could – including their pets – from their homes, and travel to a meeting point at Campo de Lucha Camino León in Los Llanos de Aridane.

*In volcanology, a Strombolian eruption is a type of volcanic eruption with relatively mild blasts, having a Volcanic Explosivity Index of about 1 to 2. Strombolian eruptions consist of the ejection of incandescent cinders, lapilli, and lava bombs, to altitudes of tens to a few hundreds of metres.