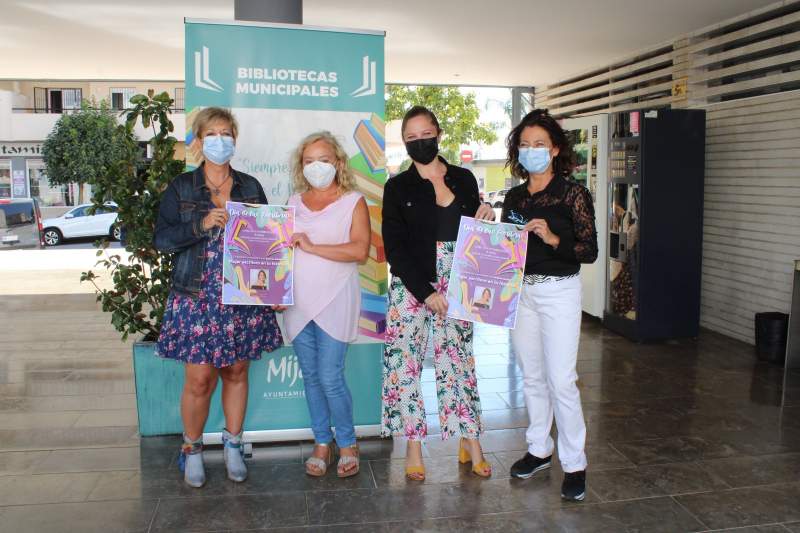 On October 18, Mijas will celebrate Writers’ Day with a conference by writer Herminia Luque and a meeting with local authors.

The Writers’ Day event will take place in the exhibition hall of the Casa de la Cultura de Las Lagunas, starting at 7pm.
“For the first time we are going to commemorate this day with a meeting with local authors. We will also have a lecture by the Malaga-born Herminia Luque, who will review the women writers of history, because we want to talk about the writers of the past, those of today and of course the writers of tomorrow.”
“We can never stop giving visibility to all those women who were once invisible ”, explains the Councillor for Libraries Natalia Martinez, who wanted to underline how “women in the world of literature have suffered historical discrimination.”
“Only 13 women have the Nobel Prize for Literature compared to 100 men. The names of the writers are not put in the foreground and we must put them in value in history.”
Herminia Luque is a writer, teacher and historian and has won, among other awards, the Malaga Nobel Prize in 2015.
She has written novels such as ‘Bitacora de Poseidón’, ’El codice purpureo’, ’Al sur de la nada’ and “The queen of exile’, a title that has earned her the Edhasa Prize for Historical Narratives.
In addition to the Luque conference, Mijas will host a colloquium talk with local authors such as Angeles Arias, who has been publishing her texts professionally for more than four years.
“Since I was little I have been passionate about literature but four years ago I started to write because of life circumstances and for me it is an adventure that heals me, gives me harmony and balance,” says Arias.
Lovers of reading are encouraged to go to this event, which will have free admission until full capacity is reached, and where “we can nourish ourselves with all the beauty that writing has and, above all, women.”