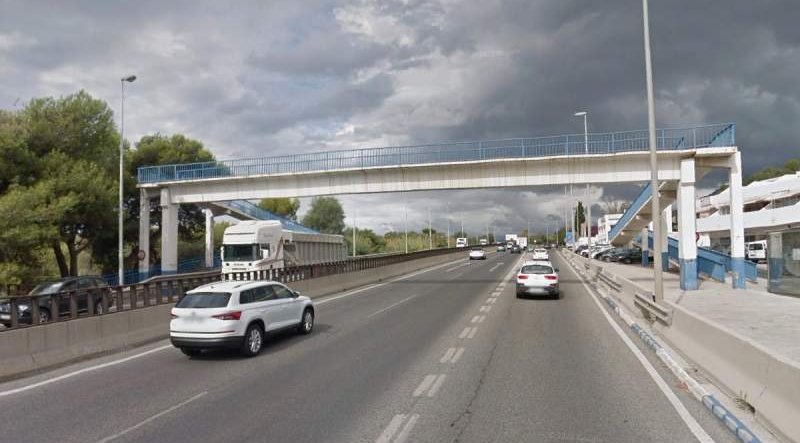 Police in Marbella have launched an enquiry to try and identify a man that was killed in a Puerto Banus road accident.

Police are struggling to identify the body of the young person that was killed crossing the A-7 in Marbella on Thursday, October 14. A spokesman for the Guardia Civil said that officers have been checking hotels in the Puerto Banús area for missing guests as the victim was found to not be carrying any identification.

The naked body of the accident victim was discovered by a police patrol on the carriageway at 5:00 am at kilometre 174 of the main coastal road in Marbella near Puerto Banus.
The emergency services were quickly activated and rushed to the scene of the incident. Road maintenance personnel were also called in. Medics arrived on the scene but were only able to confirm that the man had died.
This particular area is a well-known accident blackspot where pedestrians (usually holidaymakers who have been out drinking at local nightclubs) frequently try and cross the busy carriageway, this is despite the existence of large concrete barriers- topped with a metal fence- separating the lanes. This dangerous activity increases during holidays and weekends and is still happening today.

Marbella’s millionaire playground, Puerto Banús, attracts thousands of young holidaymakers and many of them stay in the hotels and rental apartments in Nueva Andalucía, just a short walk under the A-7 bridge from the port.

Authorities have reported an increase in the number of pedestrians risking their lives on the A-7. This is particularly apparent between kilometres 175 and 173, even though there are several safe crossing points.

Read more:
The man who was hit by a vehicle on the A-7 by Puerto Banús, in Marbella, has been identified by the Civil Guard as a 20-year-old Norwegian national. Investigations continue to determine the circumstances of the accident since the victim was naked when he was discovered in the middle of the highway, an area out of bounds for pedestrians when he was run over.
Sources have added that the investigators are awaiting the forensic report.