What is ‘Squid Game’? A look into the Netflix phenomenon of the year 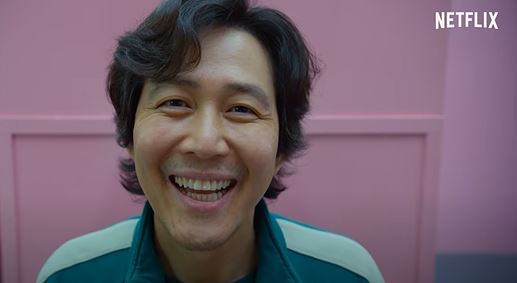 A dystopian drama set in South Korea, Squid Game is a runaway hit

No one would have thought that a decade-old script full of gore and anti-capitalist rhetoric would be the thing to knock period drama Bridgerton from the Netflix top spot. However, the last year has had stranger things happen, and so we have hit October with a new No 1; Squid Game.

Released on Sept. 17, it took just four days for Squid Game to reach number one in the Netflix chart. It is the first Korean show to make it to the top and is now the streaming service’s biggest series launch ever. The show has topped the chart in more than 80 countries so far and has drawn in 111 million fans.

Set and created in South Korea, the premise of the show is a shocking one. Adults with huge debts hanging over their heads are approached by a mysterious man who tricks them into entering a tournament. Once there, a series of children’s games must be played and any losers are ‘eliminated’. The odds are heavily stacked in the organiser’s favour and soon the gore begins. As the bodies stack up, the contestants are clamouring to leave but the masked men behind the games have one thing that can convince them all to stay: money, and lots of it.

While other programmes have run similar themes in the past, Squid Game has detailed backstories for all of the cast and leaves no stone unturned in the search for your empathy. The series is nine episodes full of carefully crafted twists and turns that temper the blood and gore of the games. Combined with the excellent production value, it’s this quality that has led to the series being recommended around social media like wildfire. Thousands of memes, Halloween costumes, and even viral posts by police officers are exploding everywhere.

The writer of Squid Game, Hwang Dong-hyuk, wanted to write about our modern capitalist society. He originally wrote the script in 2009 but had to wait ten years until it was picked up by Netflix. Hwang has written and directed all nine episodes of the series. When asked by Variety about a sequel to the smash hit, he said: “I don’t have well-developed plans for’ Squid Game 2’. It is quite tiring just thinking about it. But if I were to do it, I would certainly not do it alone. I’d consider using a writer’s room and I would want multiple experienced directors.”

As the series continues to rack up streaming records, there are millions of people around the world who are hoping he finds his people sooner rather than later.