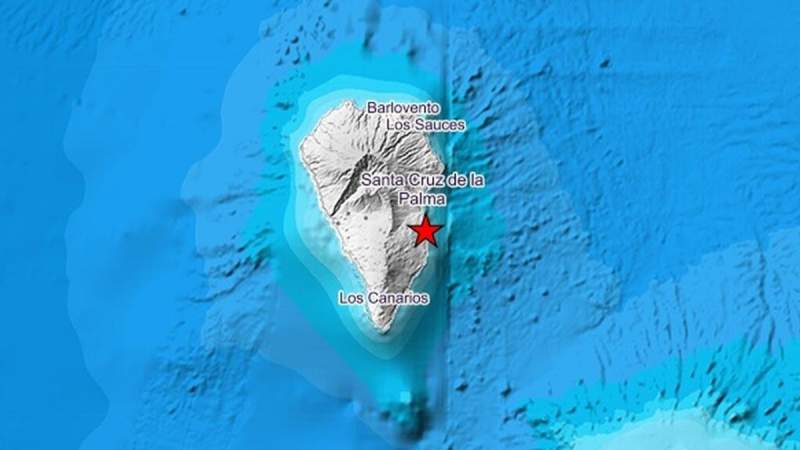 Two earthquakes measuring 4.5 and 4.6 struck La Palma during the early hours of Saturday, October 16, morning. The quakes were detected by the 24-hour monitoring volcanic surveillance network of the National Geographic Institute (IGN).

During the night, a total of 37 earthquakes- geologically associated with the eruption of the La Palma volcano- were detected by the IGN. Two of them have had magnitudes greater than 4 on the *Richter scale. The maximum registered was 4.6 located southwest of the municipality of Villa de Mazo, at around 05:41 am.

The main quake, with an intensity of 4.6 and a depth of 37 km, was felt across numerous areas throughout the island. It is the largest earthquake to date.

This tremor was followed approximately an hour later (07.00 am) by another earthquake, also to southwest of Mazo, and of a 4.5 magnitude on the Richter scale. Like the previous one, it was felt in practically all the municipalities of the island.

Volcanic eruptions on the island continue with a predominance of the effusive phase that is creating higher emissions of lava flow and less ash.

*The Richter scale is used to rate the magnitude of an earthquake — the amount of energy it releases. This is calculated using information gathered by a seismograph. The Richter scale is logarithmic, meaning that whole-number jumps indicate a tenfold increase. In this case, the increase is in wave amplitude.

Since the eruption began on September 19, 992 buildings have been destroyed, consisting of 809 residences, 95 agricultural, 47 industrial, 22 hospitality and leisure, 8 public use and 11 others. The amount of land agricultural land affected already totals 179.3 hectares and includes 92.97 hectares of banana plantations; 50.17 hectares of vineyards and 12.21 hectares of avocados.