The world’s most powerful passport is ……… 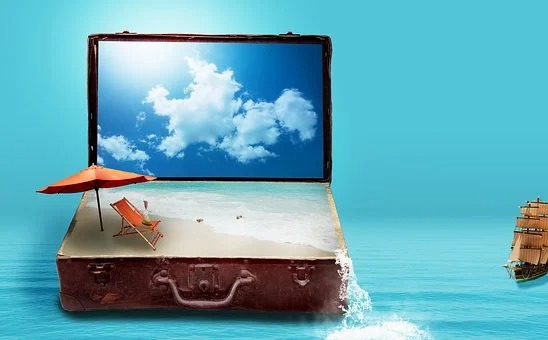 The world's most powerful passport is .......... Credit: Creative Commons

The most powerful passport in the world belongs to ……

Based on exclusive data provided by the International Air Transport Association (IATA), the Henley Passport Index, mining data since 2006, has calculated which countries have the most powerful, and also the weakest, passports in the world.

Not taking into account current temporary restrictions due to the coronavirus pandemic, the index was formulated using data from 199 countries.

As a result, Japan and Singapore tied in first place, and were established as having the most powerful passports, with its holders being able to travel to a total of 192 destinations.

There was a tie for second position as well, between Germany and South Korea, being able to travel to 190 countries. They were closely followed on 189 destinations by Spain, Italy, Finland, and Luxembourg.

Covering 227 travel destinations worldwide, the Henley Passport Index is updated in real-time throughout the year, as visa policy changes take effect. Although not being the most valuable passports, countries from the European Union dominated the rankings.

Denmark and Austria tied in fourth place, with 188 destinations, while Ireland, France, Portugal, the Netherlands, and Sweden, with 187 destinations, were in fifth.

This latest report says that the global gap in freedom to travel has been widening over time, and it has never been as large as now. It points to “growing inequalities” and suggests that “restrictive policies initially introduced to contain the spread of Covid-19 are now being conveniently applied to contain mobility from the global south”.

In 2014, the United Kingdom had the strongest passport in the world

Belgium, New Zealand, and Switzerland occupied sixth position, with 186 destinations, with the United Kingdom and the United States only managing to appear together in seventh. The UK passport, in 2014, had been the most powerful, but now, it ties with the likes of Norway, Greece, the Czech Republic, and Malta, with 185 destinations available to its holders.

At the other end of the scale, Syria, Iraq, and Afghanistan, with 26, 28, and 29 respectively, had access to the least destinations. Pakistan with 31, Yemen had 33, Somalia 34, Nepal and the Palestinian territories with 37, and North Korea on 39, are all nations with under 40 destinations available to their passport holders, as reported by larazon.es.