Authorities confirm the air quality in La Palma is safe 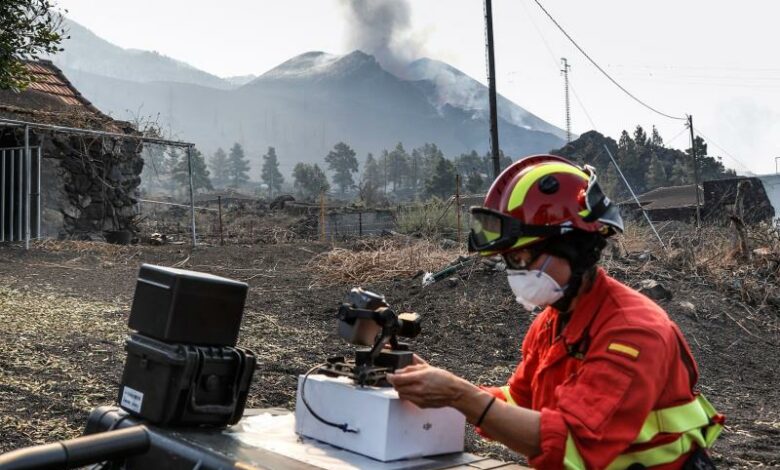 Authorities confirm the air quality in La Palma is safe

Authorities have confirmed the air quality in La Palma is safe after residents aired their fears over the last eruption.

The government on the island of La Palma in the Canary Islands has tried to calm fears over poor air quality due to the volcanic ash clouds that remain suspended over the volcano- sometimes causing air traffic to be halted.

Spanish doctor César Carballo however has pointed out that despite the fact that “the authorities say that the air is safe, everything depends on concentration and time.” “We have been much longer than desirable,” he said, after recalling an event in which there were consequences for the population a posteriori: “In 9/11, over time there have been more victims of the effects of the inhalation of the dust, the rock, the crystal, that of 9/11 itself “.

This comes even though the air quality website iqair states that PM2.5 concentration (PM 2.5 refers to a category of a particulate pollutant that is 2.5 microns or smaller in size) in Santa Cruz de la Palma air is currently 1.4 times above the WHO annual air quality guideline value.

Nueva Canarias (NC) has said it will promote an initiative to activate the European Union (EU) Solidarity Fund to help La Palma in the face of the catastrophe caused by the eruptions of the Cumbre Vieja volcano. Spanish soccer governing body LaLiga is set to auction shirts in support of those affected in La Palma.

In further news, no deaths or serious injuries have been recorded over the last month in spite of mass eruptions and a cluster of earthquakes. The great success of the whole deployment of scientific and emergency teams working in La Palma has been cited as the main reason for the lack of human losses.

A total of 83 earthquakes have been registered in La Palma over the last 24 hours, the largest with a magnitude of 4.5 on the Richter scale.

It is one month since the eruption of the La Palma volcano began, scientists have been monitoring the volcano since the first day and have indicated that it is a “textbook” Strombolian eruption.

The volcano on La Palma continues at full power after one month, according to scientists who monitor it in real-time. They believe it threatens to increase its devastating footprint which has so far seen the loss of 753.8 hectares left covered by lava.

This is 4.4 more than the previous measurement and was revealed by the Copernicus satellite.