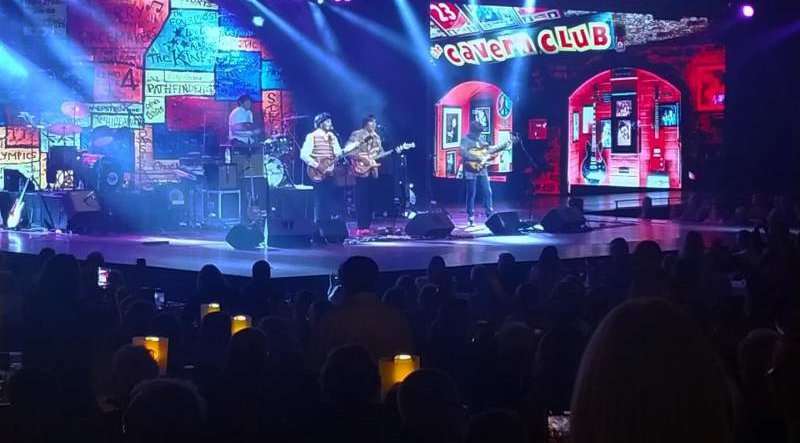 The Flaming Shakers at Benidorm Palace

Benidorm Palace Gala goes ahead against all the odds!

Benidorm Palace hosted its first Gala night since the pandemic shook the entertainment industry to its core more than 18 months ago. And what a night it was! Especially considering the chain of events leading up to the big night on October 17.
The show nearly didn’t go ahead following the last minute cancellation of the headline act “Magic of the Beatles” due to Brexit-related visa issues. The red tape proved too difficult and costly for the UK-based group to make the trip, an issue facing many touring bands and musicians.

The show must go on

Rather than accept defeat, Benidorm Palace owner Christine Climent and her daughter Joanna set about finding a solution. In true theatrical tradition they insisted THE SHOW MUST GO ON! With five days to act, they found an alternative Beatles tribute act in the form of Barcelona-based Flaming Shakers and also added a Shadows tribute band named Atlantis to the bill.
The result was spectacular. A night to remember. Christine took to social media to express her own feelings about the show: “Amazing! Fantastic! I couldn’t have asked for anything better.”
“Against all the odds, somehow, we got there and delivered one of the best nights ever performed at Benidorm Palace. Atlantis and Flaming Shakers, what a show! You guys gave us 100%.”

By the end of the night, the whole of the Palace were on their feet thanks to the performance of the two bands who literally blew the roof off.
As well as lauding the bands, Christine paid tribute to all those behind the scenes who pulled out all the stops to get the show up and running including the sound and light department, the backstage crew and the box office.
She gave special praise to her daughter Joanna declaring: “Where would I be without you!”