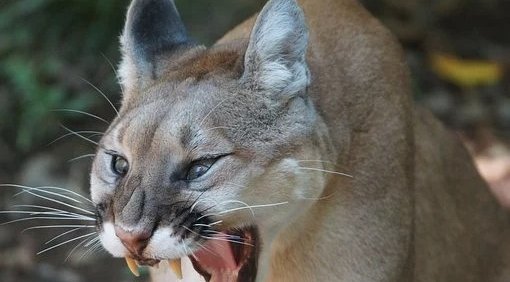 Spanish singer Raquel became a well-known heroine after she saved her five-year-old son from a puma attack. The singer was at her California home at the time of the attack. Pumas are often called cougars too.

She took to social media on Sunday, October 17, to reveal details of the attack which happened late in August.

Raquel said: “I’ve always jokingly said that one day, my children’s guardian angels would resign due to stress. On the way to the hospital with Mael injured in my arms, I wondered if his had really left him that morning of 26 August. A few millimetres more and he wouldn’t have made it,’ were the doctor’s words. I knew then that his angel had not left, he was there, holding those millimetres that separated life from death”,

“Mummy, I’m going to the tree to look for fruit,’ he said to me in the garden. The scream I heard seconds later still echoes in my head, as does the image I saw when I turned around. A puma had pounced on him and was savaging him ferociously with its paws. I immediately stopped perceiving the world, I still can’t understand how I got through the garden in milliseconds or where the force came from that made me hit the animal repeatedly with my fists until I got it off me.”

She added: “Pedro appeared at that moment, as did a second puma, we managed to enter the house without further incident, we alerted the neighbours and went to the hospital. My heart broke completely when I saw him come out of surgery. All the strength that had come over me that morning drained away, leaving me completely helpless in the face of pain I was completely unaware of. I was overcome with fear. If someone had told me at that moment, seeing his condition, that three days later he would be running out of the hospital, I would never have believed it. Mummy, I’m not going back for the fruit so that the tiger doesn’t get angry’, he said to me after leaving a container of water at the door as an apology. Speechless,”

“These weeks we have been going through this pain, feeling it and accepting it, without running away from it. Taking refuge once again in nature, as unpredictable as a wild animal or the eruption of a volcano, but healing and magical at the same time. Life speaks to us through events that are often beyond our comprehension, inviting us to let go of control, placing us in the now and reminding us that our children are a precious loan from life, that their soul has its own plan to which we can only bestow love and dedication”.

The Canarian singer made a second post. She revealed details of what happened when the family returned from the hospital.

She commented: “When we returned home from the hospital, the neighbourhood was full of press trucks covering the news. I curled up in the car seat as I watched the scene through the window and felt like I was living a real movie. Neighbours had sent letters, gifts, food and other goodies home. The authorities in charge of wildlife control and protection had been watching over us at all times and days later they came to visit us at home. Mael was fascinated and couldn’t stop telling us how it all happened. It is admirable how he has coped and how quickly his wounds have healed”.

“On the day of the incident, I went home to get organised with Leo and prepare some things for the hospital. That’s when the authorities arrived to collect DNA samples and ask me some questions. While checking around, they discovered that the puma was still crouched in my garden even though several hours had passed. Following the protocol dictated by California law, they were forced to put it down. We would have liked, and I know they would have liked, that the outcome for the animal would have been different, but that decision was not ours to make,”

“From the window I watched as the other puma, who turned out to be her brother, returned to the garden accompanied by her mother. She stood next to the lifeless body of her son and we exchanged a look of pain that I will never forget (you can’t imagine the dreams I have had of her). I left the house with a broken heart and a myriad of mixed feelings about what had happened.”