Multiple collision caused by drugged and drunk driver near Toledo 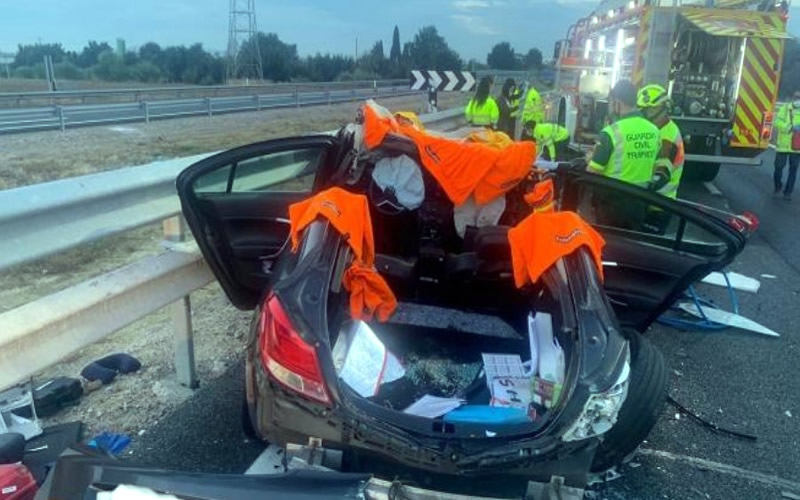 A 23-year-old driver caused a multiple collision on the morning of Sunday, October 17, while travelling in the wrong direction along the A-42 near the Toldeo municipality of Yuncler. As a result, seven vehicles were caught up in the ensuing accident, and five people were injured. The incident caused the motorway to be closed for two and a half hours.

The driver was only slightly injured in the crash, which created a ‘chain-reaction’ effect as the cars all crashed into each other from behind. When tested by Guardia Civil officers at the scene of the accident, the driver produced positive results for both alcohol and drugs.

It is reported that the event occurred at around 7.30am, at Km 46 of the A-42 in the direction of Toledo. Sources from 112 said that by 10.05am, traffic was able to proceed again in the right-hand lane. By 11.20am, both sides of the motorway were flowing freely.

Five people were injured in the pile-up, the most serious being a 48-year-old man who had to be evacuated in a mobile ICU to the Virgen de la Salud Hospital in Toledo. Three others, a 22-year-old, a woman aged 19, and a 48-year-old woman were also taken to this same hospital, but not in a serious condition.

A 29-year-old man also suffered injuries, but was treated at the scene by medics, and did not need to be transferred to a hospital. Three ambulances with medical teams had been deployed to the scene, along with patrols from the Guardia Civil, added 112.

Toledo and Illescas fire brigade crew members had to free a person who was trapped inside one of the crashed vehicles, as reported by 20minutos.es.