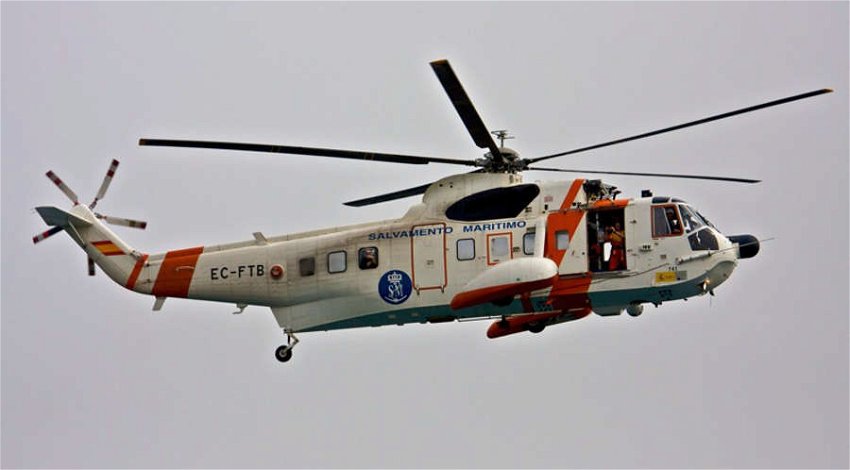 Maritime Rescue was combing the waters off the coast of Almeria during Sunday, October 17, after a boat full of migrants sunk. According to two survivors who were rescued, there are twelve others missing, after the boat reportedly went under at around 4am. The two were rescued at 3pm and 4.20pm.

Sources close to Europa Press confirmed that the migrants are all of Algerian origin. They had reportedly sailed from the port of Oran on Saturday 16, but suffered engine failure in the early hours of Sunday. As a result, the craft was broken by the rough sea and its 14 occupants – 13 men and one woman- were left drifting.

At around 3pm, the crew of a Norwegian sailboat rescued the first of the stricken migrants. He was picked up seven miles southeast of the Almerian municipality of Carboneras. This same boat transferred him to the port of San Jose at around 6.30pm.

The Salvamento rescue helicopter was mobilised

Salvamento mobilised their rescue helicopter after this migrant’s rescue was reported, and its crew picked up the second castaway at around 4.20pm. This was the person who passed the full information about the boat’s original occupants, who was subsequently taken to Almeria airport.

The Salvamento Maritimo helicopter and a salvage vessel continued their search throughout the rest of Sunday 17, combing the area in the hope of finding more survivors.

Meanwhile, this Sunday morning, the Guardia Civil rescued a dinghy with 12 people of Algerian origin on board. The crew of the patera, a white fibreglass boat with a Yamaha 85cv engine were transferred to the Port of Almeria. One of them was arrested for being the pilot of the boat, as reported by lavozdealmeria.com.