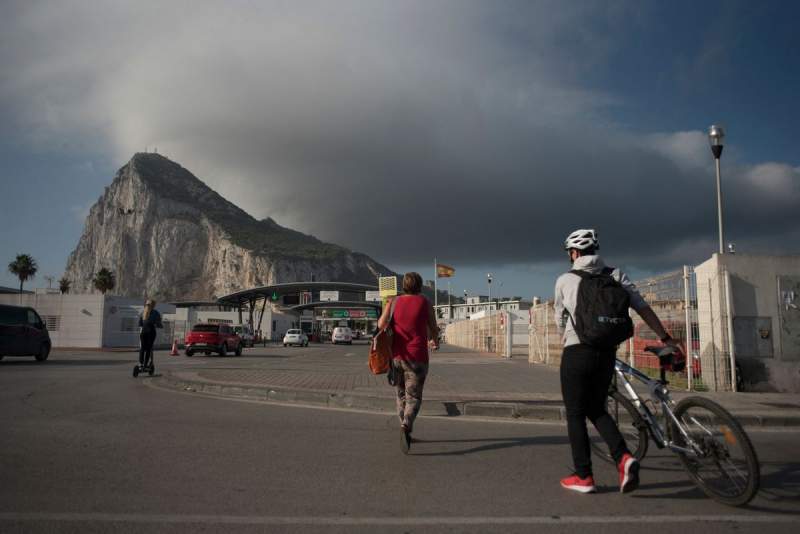 A Brussels-London Brexit dispute is threatening to resurrect a tougher Spanish Gibraltar border.

A Brussels-London Brexit dispute is threatening the Spanish Gibraltar border situation again. The crossing into Gibraltar becomes a daily nightmare for the almost 10,000 Spaniards who work in the British colony. However, should the ongoing negotiations not bear fruit in time, the European Commission could require Spain to impose controls on passengers and goods that correspond to an external border of the EU, a point of entry and exit to the Schengen area.

The European and British delegations held the first round of negotiations on the future status of Gibraltar last week, the plan was to reach a pact before the end of the year. In theory, it would only be a matter of embodying in a treaty the principle according to which Madrid and London arrived on December 31, by which Gibraltar would enjoy the advantages of the European area without borders without being part of Schengen and with Spain as a guarantor.

The role of the customs officers of the European agency Frontex and of the Spanish police in the port and airport of Gibraltar however is a point that could stall negotiations. The greatest risk is that the negotiation will be contaminated by London’s recent efforts to ignore and even violate the agreements on Northern Ireland that was reached in 2019.

Spain’s Foreign Minister, José Manuel Albares , said Monday October 18, in Luxembourg that the differences over the Northern Irish protocol “should not” condition the agreement on Gibraltar. “They are two different issues that have absolutely nothing to do with it and, what’s more, they are two different negotiations,” he stressed as the talks continue.

The problem is that time is running out and the dispute may cause, as a collateral effect, a resurrection of the Gate as it was before, in 1986, Spain joined the EU. At the moment, the negotiating teams on Gibraltar are planning two rounds in November and they have marked the week of December 13 on their calendars as the ideal time to close a deal.

But alarms have soared at the escalation of tension around the Irish protocol and the concern is clear. “If by the end of the year the dispute over Ireland has not been resolved or if London fulfills its threat to unilaterally suspend the agreement, it would be very difficult to finish the negotiation on Gibraltar no matter how much progress is made,” acknowledges a European source