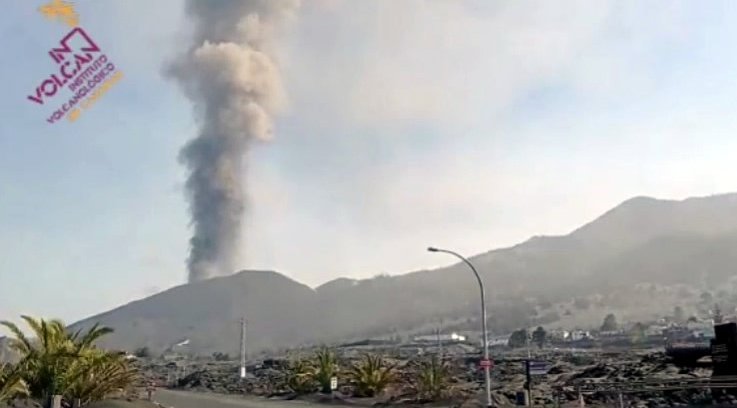 The Copernicus atmosphere monitoring service (CAMS) has reported the presence today, Tuesday, October 19, of a column of sulphur dioxide (SO²) over Galicia and Portugal, coming from the erupting Cumbre Vieja volcano on La Palma.

There is reported to be little or no risk associated with this phenomenon, and it will not reach ground level. The cloud is moving towards the northeast and should move away by tomorrow, Wednesday 20, and head eastwards.

Juan Taboada, the Meteogalicia meteorologist, explained in statements that the entry of this column was accompanied by that anomalous situation that Galicia registered throughout all of Monday 18. They experienced winds from the south and high temperatures, that ended up bringing the cloud of particles in a similar way to the movements of Saharan dust carried by air currents.

An Atlantic front is likely to disperse the sulphur dioxide cloud

Meteogalicia is predicting a fairly active front from the Atlantic to enter Galicia around midnight tonight, which will accelerate the displacement of all that atmospheric load moving eastward. The team continues to monitor in real-time the different types of pollutants from the volcano, although all the values ​​recorded so far are within normal parameters.

Sulphur dioxide peaks have been detected in some other stations also, such as Ourense, San Pedro, and Sur. At around 1pm, 44 micrograms per cubic metre were given in one of these points, values ​​completely far from the parameters considered alarming, and whose limit is set at 500. That is why Taboada has called for “tranquility”, given that the level of risk “is practically non-existent”, as reported by laprovincia.es.