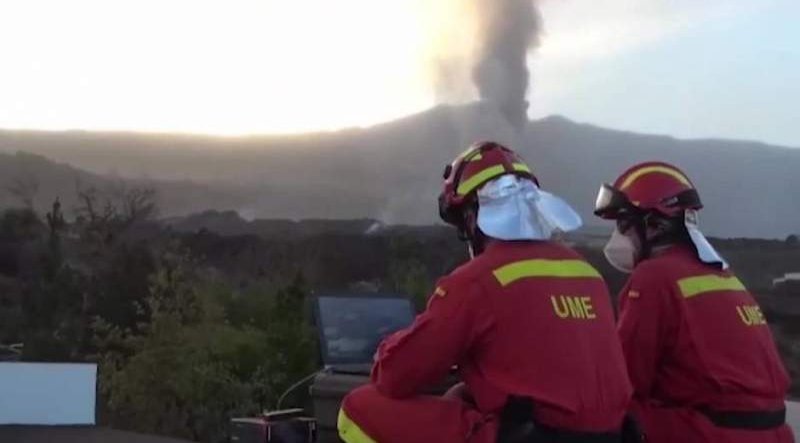 Drone flights carried out today have so far shown no trace of any trapped dogs in La Palma.

No trace of the dogs trapped by lava on La Palma can be found after a series of reconnaissance flights were carried out today, Wednesday, October 20. It is now thought that the animals could have moved on and sought refuge from the high temperatures recorded on the island today.

Aerocámaras, the company in charge of the rescue of the dogs isolated by lava in a lake in the Todoque neighborhood, has received authorisation to carry out reconnaissance flights in the area, however, for now, there is no trace of the animals.

The animal organisation, Leales.org, maintain that the dogs may have sheltered somewhere else before the high temperatures on the island were registered today.

The company has said that it will continue to carry out reconnaissance flights with its drones throughout the day, relying on a thermal imaging camera and another with a high magnification lense.

Jaime Pereira, from Aerocámaras, confirmed to the media that for now they have only detected two rabbits hidden under the bushes but he understands that the animals can be “anywhere” because it is very hot in the area.

He has pointed out that they have a system consisiting of three drones, a rescue drone and loudspeakers to capture the attention of the dogs and indicated that they will continue in the area until they are found and can be taken out.

Pereira stressed that “they are prepared” to undertake the rescue, and has all the equipment available. A simulation was successfully carried out from a flight 1,200 metres high with the drone supporting a load of approximately 20 kilos- enough to carry a medium sized dog.