The shaggy Spanish sheep brought back from the brink 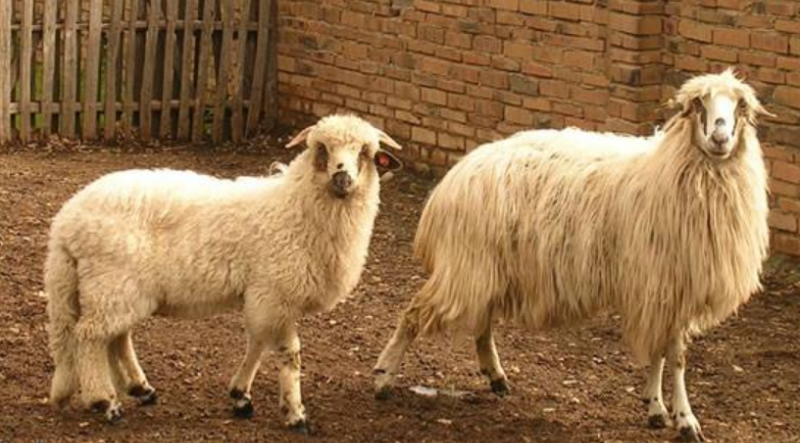 The shaggy Spanish sheep brought back from the brink. Image - Facebook

The nearly extinct churra lebrijana Spanish sheep have spent hours each day grazing and getting to know the visitors to San Jerónimo park.

Since the start of 2021, the nearly extinct churra lebrijana Spanish sheep (churra marismeña), a breed indigenous to Andalucia whose numbers had decreased to about two dozen animals, have spent hours each day grazing and getting to know the visitors to San Jeronimo park.

Now, Thanks to a local vet and a group of concerned ecologists, the churra lebrijana breed has been rescued from becoming extinct in a project that reflects conservation efforts from local officials and ecologists.

Juan Cuesta of Ecologists in Action in Sevilla said: “They’re two things that are well-suited to each other.”

“The sheep cut the grass, fertilising as they go, reducing the need for noisy and polluting machines, while we promote the recovery of this breed.”

This breed of sheep used to exist on the marshy lowlands of the Guadalquivir river, however, the marshes decreased from 150,000 hectares (370,000 acres) to less than 30,000 and the sheep were pushed out by humans.

Not many farmers were interested in the churra lebrijana.

“This breed produces only enough milk to feed her offspring, the wool is of poor quality and its meat isn’t particularly good because it was never bred for that.”

The coarse wool of the churra lebrijana used to be used to stuff mattressed, however, when this began to decline the number of this breed also did.

“It had practically disappeared,” says Siles.

“I thought it would be such a pity to lose this breed. For me, it’s just as important as the Iberian lynx or any other species.”

Siles then began to contact farmers to find out if any of them still had churra lebrijana and found around 20 of the breed: “We bought them all,” he says

They were then taken to a farm in the Sierra Norte national park.

Today, there are around 400 churra lebrijana sheep in Andalucia, however, Siles says that “they are still in danger of extinction because there are very few of them, but we’re much better off than 20 years ago.”

Nearly 10 years ago, Siles began to contact farmers who would be willing to take on a few of the sheep as concerns grew that a flock might be wiped out by illness.

“It had to be people who had a soft spot for the breed because, economically speaking, there is no profit to be made,” he said.

Ecologists in Action in Sevilla decided to take some of the animals and they were taken to the farm in San Jeronimo park where they also have chicken and goats.

However, Cuesta said: “The breed is incredibly surly, it’s unfriendly.”

“The sheep wouldn’t let any humans near them, instead darting away when anyone approached.

When a few of the resident lambs needed to be bottle-fed and they became unafraid of humans, so did the churra lebrijana: “The character was completely different, more like a little dog that was fine with humans,” says Cuesta.

Pepe Serrano, a volunteer who takes the animals out to pasture, said:  “When I arrive, they’re at the door, bleating and waiting for me to take them out.”

Curious visitors of the San Jeronimo park pet the animals as Pepe takes this opportunity to tell the story of the Spanish breed.

For the past eight months, the San Jeronimo park sheep have been brought out to nibble the grass seven days a week.

“When I arrive, they’re at the door, bleating and waiting for me to take them out,” says Pepe Serrano, the volunteer in charge of taking the animals out to pasture.

“Most people tell me that they had no idea,” he says.

Ecologists in Action believe that the daily grazing outings are helping to save the breed.

“They’re eating greens while people get to know them,” says Serrano.

“It’s a way to make people aware that there is a breed that needs to be protected.”