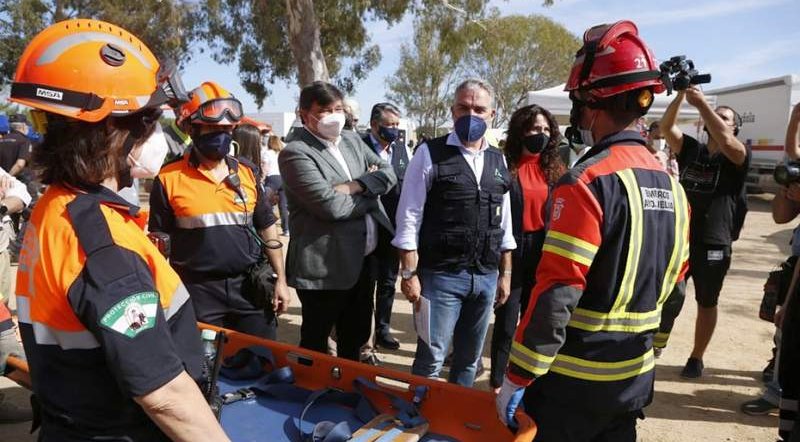 Unprecedented Tsunami drill in Spain’s Andalucia. 2000 people have been involved in the tsunami rehearsal.

The autonomous community of Andalucia has been rehearsing how it would respond to a tsunami on the Atlantic coast. The drill is part of the ‘Simulacro Respuesta 21’. Rehearsals began on Tuesday, October 19, and carried on throughout Wednesday.

The drill has tested out the Territorial Emergency Plan of Andalucia, as well as the special plans for Seismic Risk, Floods and Accidents in the Transport of Dangerous Goods. The Municipal Emergency Plans of more than fifty towns and cities were also tested.

The Minister of the Presidency, Public Administration and Interior, Elías Bendodo, travelled to the command post located in Aljaraque. He also visited the rescue and care scenario for multiple victims in Huelva, together with the Minister of Equality, Social Policies and Reconciliation, Rocío Ruiz.

Bendodo commented on the unprecedented drill. He said: “This is a historic drill in Andalucia. Never before have all the provinces taken part at the same time, nor have almost two thousand personnel been brought together, including staff from all the administrations and different entities and collaborators, to test the capacity for emergency response and care in the face of multiple catastrophic situations in more than 40 different scenarios”.

As part of Wednesday’s drill, work was carried out on the assumption of a tidal wave in the Gulf of Cadiz which affected the provinces of Huelva and Cadiz. This led to the activation of the Andalucian Territorial Emergency Plan (PTEAnd) and the Contingency Plan for Tsunami Risk with the intervention of operatives in Aljaraque (Huelva). This also involved local police, firefighters, the Guardia Civil and local volunteer groups from all the municipalities along the coast of Huelva.

Floods, power and water cuts, rescues, evacuations of schools and people with reduced mobility were some of the incidents simulated. In addition, in the area of La Calatilla, a rescue and care scenario for multiple victims was deployed.